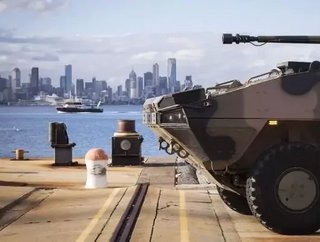 The ASX-listed company won the Manufacturing Category award as well as being titled the ACT Exporter of the Year.

The export-focused award ceremony was held at the National Gallery of Australia, Canberra.

“We have secured a number of large international contracts over the last two years, however, the true value of these contracts to Australia is only as good as the performance by the manufacturing and delivery team at EOS Defence Systems.”

“Under the leadership of Dr Warwick Holloway and his management team, EOS Defence Systems is delivering outstanding productivity, quality and performance against very demanding targets.”

“The Award is a fantastic opportunity for us to reflect on what we have achieved not only over the last year but also the years leading up to this point - EOS Defence Systems is an overnight success that took 30 years to build!” remarked Dr Warwick Holloway, President of EOS Defence Systems Australia.

“To all the staff that have helped make this happen, I thank you. Thanks also to the ACT Government and the Canberra Chamber of Commerce for their support.”