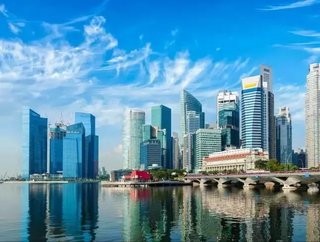 A French utility company has announced it plans to make Singapore its Asia Pacific hub.

Engie is an MNC based in France, which deals with electricity, gas, nuclear and renewable energy.

The company will invest a total of $80mn over the next five years, according to plans, and will use part of the investment to develop a new centre for innovation.

The Centre of Expertise for District Cooling will support district cooling projects in Singapore as well as across Asia Pacific. It will employ around 170 skilled workers, mainly engineers.

The rest of the money will go into driving initiatives and technical competencies in energy efficiency.

The project will be supported by the Singapore Economic Development Board and the company has spoken about its reasons for choosing Singapore as a hub: “Singapore’s Smart Nation initiatives will provide Engie with an opportunity to test new solutions in real cases and to establish one of its main regional development platforms for district cooling systems.”

According to Straits Times, Engie CEO Isabelle Kocher also commented on the project’s choice of location. “Singapore’s vision to be a Smart Nation and its leadership in sustainability, innovation and ease of doing business make it an obvious choice to continue to build and test our innovations there.”

Singapore has taken various steps toward its goal to becoming a Smart Nation, which Business Chief investigated in February. These have included offering support for technology startups and improving smart transport infrastructure across the city.

Thanks to these initiatives, Singapore has risen in Bloomberg’s innovation rakings as well as having recorded the largest amount of startup investment for 2017 in Southeast Asia.

Singapore also recently performed well in a Hays survey on workplace equality, with 30% of senior management roles in the country being occupied by women.