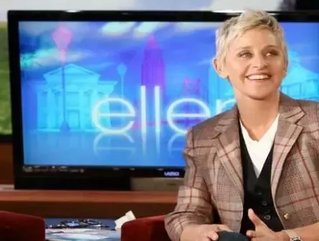 Oprah’s “Ultimate Australian Adventure” may not have initially driven tourists Down Under in the high numbers predicted by Tourism Australia (the situation has since improved), but it appears that her travels did inspire another US television personality to visit the country.

Spunky talk show host Ellen DeGeneres will take The Ellen DeGeneres Show to Melbourne and Sydney this March to film several segments that will air to her global audience in April.

The visit, announced by the 13-time Emmy Award winner during the taping of her January 11segment, will be co-sponsored by Australian vitamin company Swisse Wellness and Qantas Airways. Swisse will launch 15 of its most popular products in Walgreens stores across the US next month as part of its global expansion initiative.

“There is no doubt bringing Ellen to Australia and signing Australia’s own Nicole Kidman as the global face of our brand will go down in history as watershed moments for our company. It is a benchmark way to launch our brand globally.”

Kidman, who also appeared on the show that day, urged Ellen to add the outback town of Kununurra, Western Australia – where Kidman’s film Australia was shot – to her list of destinations.

Though Ellen fans will not accompany her on the trip, the 400-person studio audience present during the segment’s taping received an airline ticket from Qantas for travel to Sydney or Melbourne anytime in the next 12 months, with six nights’ accommodation at a four-star hotel included. (Turns out Ellen’s birthday is on Australia Day and she felt everyone deserved a gift.)

Despite being married to Australian actress Portia de Rossi since 2008, Ellen has never visited Australia.

[Photo sourced from The Dirt Blog]