Electricity infrastructure for mines of the future 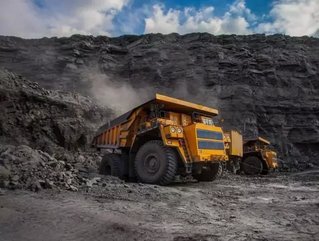 In the Pilbara Region, Western Australia, 110km from the town of Newman, Rio Tinto is currently constructing what will be the most technologically advanced iron ore mine in its portfolio, creating a new industry benchmark in the process. The site is so remote that it will require the construction of 166km of railway, an airport, a camp and road access just to support its operation; for all intents and purposes a village of 600 people.

While mining might conjure images of explosives and heavy machinery, Koodaideri is different. A flagship part of Rio Tinto’s Mine of the Future programme, Koodaideri will use the latest in mining technology including autonomous trucks, trains and drills, digital twins and advanced data analytics.

This is nothing short of a major milestone for mining. Innovation and allocating capital for upgrades has often been a conversation “kicked down the road” as a result of unstable prices. Yet digitalisation is increasingly a boardroom discussion across the minerals, metals and resources industry. The substantial safety, uptime and efficiency benefits that it can bestow are beginning to speak for themselves. And it may also be in part because the demand for metals for mobile devices and electric vehicles grows year on year creating something of a race to meet demand in the most efficient way.

Equally, the role for digitalisation has found a way into more unlikely conversations such as the discussion around onsite energy infrastructure, both for new mines, and for existing mines that need to make critical investments in order to continue or expand production.

Transformers, as an example, are no longer assets that simply step up or down voltage, thanks to digitalisation. Being able to access data via a cloud-based platform will provide mine operators with an unprecedented and real-time view of the assets supplying its site. This level of transparency and control helps operators to significantly reduce costly, unplanned downtime as well as increasing productivity, while minimising stress from overloading. While these types of technologies are still very much the purview of the ‘Mine of the Future’, Siemens CEO Beatrix Natter offers that digitalisation will become a “mandatory element of the functionality customers expect” from products.

Yet, while innovation and digitalisation are increasingly used interchangeably, there is still bandwidth for analogue innovations, particularly in materials, to make an impact.

Delivering much of this new vision for mining will require a significant level of electrification, and a substantial amount of power onsite. Driven in part by the Mine of the Future’s guiding principles to reduce environmental impact and improve safety, Rio Tinto’s 39 newly constructed transformers at Pilbara will be inspiring examples of how small changes in materials can lead to industry-leading improvements that are widely applicable.

Providing power to mining operations offers up some unique challenges. Contrary to what you might think, despite their remote locations, space on mining sites often comes at a premium. In traditional set ups, transformers needed to be built a minimum distance from neighboring buildings and facilities and needed to be blast and fire proof. As you can imagine, a mine would be about the last place on earth you’d want to experience a fire, or an unintended blast.

In that respect, one simple innovation in transformer fluid has made all the difference.

Traditionally, transformers have been filled with a potentially flammable mineral oil as an insulator and to provide cooling. But should that mineral oil ignite, the resulting transformer fire will be notoriously unforgiving, with an ability to cause massive damage in a short space of time. Accordingly, the necessary fire suppression equipment (and/or civil works) to mitigate the risk (in mines, tons and tons of poured concrete) can run into the millions of dollars at remote sites and add a significant amount of space to the installation footprint.

Instead, the Koodaideri project has specified the use of MIDEL 7131 – a biodegradable, synthetic ester transformer fluid which is fire safe up to 316˚C; a vast improvement on mineral oil’s fire point of 170 ˚C. Consequently, the mine’s transformers require a smaller footprint, don’t require fire walls and allow simplified bunding.  They also provide the added bonus of being environmentally friendly. As well as saving millions of dollars this simple innovation has set a new standard in the way power is supplied to projects, shutting the door on oversized projects with supersized budgets.

This is a real success story for Rio Tinto, and its step-change in decision making has made a marked difference elsewhere too. Just last year it was nominated for a Government of Western Australia Safety Award for the implementation of condition monitoring on its 1,100 strong fleet of ageing switchgear, significantly improving the safety and reliability of its onsite distribution power lines.

But Rio Tinto isn’t the only operator giving serious thought to what mines of the future should look like.

Glencore’s Mount Isa Mines, the largest underground network of mines in the world, recently awarded the Wilson Transformer Company a contract to supply electricity infrastructure to the 32,000-hectare site. The order includes three 132 kV/25MVA above ground transformers. The transformers were originally to be filled with mineral oil, but after learning of the benefits of synthetic esters at the TechCon Aus-NZ 2019 conference, the superintendent for above ground high-voltage was moved to specify synthetic ester fluids instead.

The ability to mitigate the risk from fire and smoke, and to reduce the burden of transformer maintenance all in one go was an undeniable draw.

What’s next for Mines of the Future?

Fast forward 5 or 10 years and where might we expect to be? Well, many mine operators are already quietly gearing up for subsea exploration – purported to be the “next frontier of mining”. This will bring a whole new set of unique challenges where the digitalisation of infrastructure will very much come into its own. But for now, there are thousands of sites that would benefit from taking a fresh look at their infrastructure. After all it can often be the smallest changes that make the biggest impact when it comes to environment and safety.