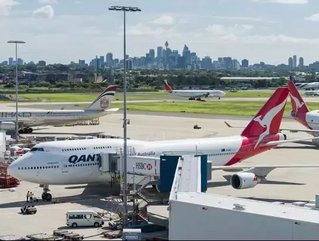 Western Sydney’s new airport has taken an important step forward after releasing a tender for lands surveys of the site it will be built on.

WSA Co is the company set up by the federal government to oversee the construction and operation of the $5.3bn project, and has released a tender for work which includes assessing boundaries, utilities and providing a number of other assets like aerial photography.

Work is set to begin on the site next year, with 2026 the target for opening the airport for business.

The airport is expected to support almost 28,000 direct and indirect jobs by 2031, five years after the airport opens.

In a statement, WSA Co said it “requires a suitably skilled and experienced service provider to complete detailed land surveys of the airport site including: cadastral survey; topographic survey; utilities survey, including underground and overhead services and utilities; and orthorectified aerial photography”.

Western Sydney Airport will be a full-service domestic and international airport with a single runway and capacity for up to 10mn annual passengers in its early years. The airport will expand in line with demand and a second parallel runway may be added in the future.