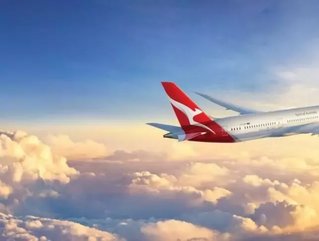 Last week Australia and America’s national airlines submitted a renewed application to the US Department of Transport (DoT) to form a joint business operation.

The objective is simple. Qantas and American Airlines want to deepen their cooperation on code sharing flights both to and from and domestically within Australia and the USA.

They say, ultimately, that it will lead to a wider, cheaper and faster service between numerous Australian and American cities, helping the companies to cut costs and become more efficient in the process.

A sure-fire win for all?

This is what Qantas and American have been trying to tell the US DoT for seven years. A joint business agreement (JBA), they say, is the next step in the evolution of what has been a long history of cooperation between the airlines on flights between the two territories.

Such cooperation between carriers is important on these ‘long and thin’ routes because there is insufficient demand specific to the route itself to fill the large planes needed to reach Australasia. This means flights are economically sustainable only if and when the airline can also serve connecting passengers.

This is why the likes of Delta and Virgin Australia, and United Airlines and Air New Zealand have their own alliances in place, both immunised by the US DoT.

Qantas and American’s 2011 JBA application was rejected on simple grounds – American did not have the fleet to operate US-Australasia flights, while labour restrictions also hampered its ability to do so.

When American merged with US Airways in 2013, it invested in its long-haul fleet and negotiated the necessary labour arrangements, thus permitting it to fly to Australia and make a JBA a realistic possibility.

In June 2015, Qantas and American went back to the US DoT with another proposed JBA, which was quickly accepted by the Australian Competition and Consumer Commission and the New Zealand Minister of Transport.

They were expecting the US authorities to swiftly follow, and so began to launch new services in anticipation of this.

American introduced a service from Los Angeles to Sydney in December 2015, and the same month Qantas shifted one daily flight from Los Angeles–Sydney to San Francisco–Sydney, creating a new nonstop offering in competition with United-Air New Zealand, the sole operator on that route.

Qantas also added capacity on its Dallas-Sydney route. Nine months later, in June 2016, in expectation of the US DoT’s approval, American introduced a service from Los Angeles to Auckland.

These were difficult routes to maintain and would only be viable in the long term under a revenue sharing JBA. So, when the US DoT’s negative verdict arrived in November 2016, it came as a major surprise and massive setback.

But why was the application rejected?

The major reason behind the decision was a fear that a JBA would reduce competition, something which Qantas and American reject, citing that the US DoT had already accepted other joint enterprises and the existence of seven other competitors offering flights between the USA and Australasia.

Come 26 February 2018 and the two parties are trying again. Top of their pitch is the $310mn annual consumer benefit a JBA would deliver, namely from introducing more shared flights and a better range of fares.

Critically, if the joint business is not approved, American and Qantas say they will have no choice but to further reduce code sharing on their networks, thus actually reducing competition for air traffic. If the partnership is approved, up to 180,000 new trips between the US and Australia and New Zealand could be created every year.

American and Qantas will be hoping for a quicker and more positive review of the 238-page application it submitted at the end of February.

Could they finally be on the way to the joint US-Australasian business that they have pursuing since 2011? The US Department of Transport, once again, stands in their way.