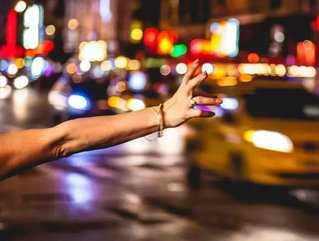 Chinese ride-hailing platform Didi Chuxing has been named in the top five of CNBC’s 2018 Disruptors list. The company which beat Uber out of China was ranked at #4 and is among just three Asian companies on the Top 50 list.

Also mentioned on the top 50 were Ezetap, an Indian payment platform based in Bengaluru, and Chinese smartphone unicorn Xiaomi. Ezetap was ranked at #19 while Xiaomi came in at #28.

CNBC says that Didi made the list as it has “established a dominant position in its home country” with 450mn registered users and over 21mn drivers across over 400 cities in China. Last year, Didi handled 7.4bn rides in total compared with Uber’s 4bn.

Read the May issue of Business Chief!

Additionally, it has been announced this week that Didi is considering an IPO. This was reported by the Hong Kong Economic Times, which cited unnamed sources who said the company is considering a Hong Kong listing as early as the second half of 2018.

The IPO could value the company at over $70bn and weighted voting rights are said to be under consideration. Currently, some of the company’s largest shareholders include Apple, Alibaba, Softbank and Tencent.

Didi has various partnerships with other ride-hailing organisations including Lyft, Grab, Ola, 99, Taxify and Careem.