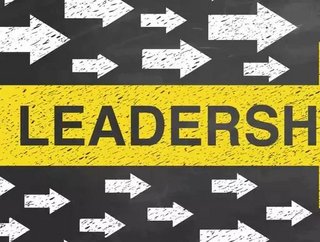 Six signature traits to becoming an inclusive business leader in today’s diverse and challenging workplace have been identified in a report from consultants Deloitte.

“Collectively, these six traits represent a powerful capability highly adapted to diversity,” says the report. “Of course, the core aspects of leadership, such as setting direction and influencing others, are timeless, but we see a new capability that is vital to the way leadership is executed.

The six C’s identified by Deloitte for inclusive leadership include:

Deloitte points out the report is designed to help leaders think about how traditional notions of leadership must change. “Understanding and being adept at inclusive leadership will help leaders thrive in their increasingly diverse environment.”

According to Deloitte in the paper, The six signature traits of inclusive leadership, four simultaneous shifts are reshaping the skills required of leaders to succeed in the future. These include:

Since 2011 Deloitte has polled more than 1,000 global leaders, quizzed the views of 15 leaders and experts and surveyed more than 1,500 employees on their perceptions of inclusion.

“Our research revealed that when people feel that they are treated fairly, that their uniqueness is appreciated and they have a sense of belonging, and that they have a voice in decision making, then they will feel included,” comment Deloitte.

“Highly inclusive leaders are committed to diversity and inclusion because these objectives align with their personal values and because they believe in the business case,” says the report.

More than just talking, when leaders prioritise time, energy, and resources to address inclusion, it signals that a verbal commitment is a true priority, says the report.

Mike Henry, president of operations for Minerals for Australia at BHP Billiton tells Deloitte, prioritisation includes treating diversity and inclusion as a business imperative: “Like any other organisational priority it needs to be part of the business plan, management conversations, and targets and you need to have an objective way of assessing whether you are achieving what you want to achieve.”

At a personal level, inclusive leaders also believe that creating an inclusive culture starts with them, and they possess a strong sense of personal responsibility for change.

“Highly inclusive leaders speak up and challenge the status quo, and they are humble about their strengths and weaknesses,” says Deloitte.

The courage to speak is cited as a central behaviour and occurs at three levels: with others, with the system, and with themselves.

“Courage also comes into play in a willingness to challenge entrenched organisational attitudes and practices that promote homogeneity. There’s a vulnerability to being an inclusive leader, because confronting others and the status quo immediately invites the spotlight to turn on the speaker.”

In 2014, the US-based think tank Catalyst identified “humility” as one of the four leadership behaviours that predicted whether employees felt included. “Courage and humility therefore go hand in hand,” comment Deloitte.

According to Sodexo’s Anand. “At the individual level, they are very self-aware, and act on that self-awareness. And they acknowledge that their organisations, despite best intentions, have unconscious bias, and they put in place policies, processes, and structures to mitigate the unconscious bias that exists.”

Deloitte comments that biases are a leader’s Achilles’ heel, potentially resulting in decisions that are unfair and irrational.

“Highly inclusive leaders have an open mindset, a desire to understand how others view and experience the world, and a tolerance for ambiguity,” says Deloitte.

Asking curious questions and listening are core skills that are key to deepening the understanding of perspectives from diverse individuals.

The report reveals that since the 1970s, Oscar-winning producer Brian Grazer has conducted “curiosity conversations” with over 450 diverse strangers – talks that have inspired many of the films and shows he has produced, including Apollo 13 and A Beautiful Mind.

According to the report they also recognise how their own culture impacts their personal worldview, as well as how cultural stereotypes - including the misuse of cultural models - can influence their expectations of others.

Rather than controlling the flow of ideas they encourage autonomy, empowering their teams to connect with others in the pursuit of diverse perspectives. “The end state for a good performing team is an autonomous team,” says Deven Billimoria, CEO of Smartgroup Corporation.

“Embodiment of these traits enables leaders to operate more effectively within diverse markets, better connect with diverse customers, access a more diverse spectrum of ideas, and enable diverse individuals in the workforce to reach their full potential,” concludes Deloitte.