Could Australia Run on Renewable Energy in 10 Years? 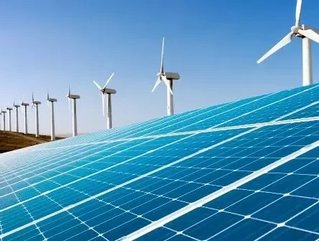 With the right political leadership supporting it, Australia could generate all its energy from renewable sources such as solar and wind power, according to the Energy Research Institute of the University of Melbourne.

Their first report, titled “Zero Carbon Australia Stationary Energy Plan,” outlines the renewable technologies available that, when utilised on a larger scale, could help wean the nation off its coal dependence and reduce its greenhouse gas emissions. (Australia recently earned a ‘D’ for environmental performance from The Conference Board of Canada.)

Wind, for example, is capable of supplying 40 per cent of Australia’s electricity, while harnessing the plentiful solar thermal power from the nation’s centre would supply the remaining 60 per cent, the report said.

The latter concept is the vital part of the plan. According to The Daily Climate, 12 sites featuring large towers filled with salt water and heated via sunlight directed by 18,000 tracking mirrors would generate enough solar power to satisfy more than half of the nation’s electricity needs:

The water, heated to more than 500° Celsius, would drive turbines and create 60 percent of Australia's electricity. Surplus heat generated during the day would be stored in underground molten salt storage tanks, which would release the heat overnight to enable the turbines to run continuously.

To cover times when the sun did not shine and the wind did not blow there would be back-up plants burning biomass, mostly waste from crop production. Existing reserves of hydropower would be held back to fill any gaps.

Space certainly wouldn’t be an issue here: the amount of land required to set up these wind farms (23 in total) and solar power sites (12 in total) would encompass a mere 0.4 per cent of Australia’s total land mass.

In terms of job creation, the plan said, switching to a 100 per cent-reliant renewable energy strategy wins big: it would provide approximately four times more permanent jobs than the fossil fuel sector in Australia, and even offset the number of jobs lost in the switch-over.

Once implemented, the plan is capable of generating $370 billion over ten years – the equivalent of 3 per cent of the national GDP.

“In the coming decades, the Australian economy could be powered almost entirely be renewable energy,” he said in the report.