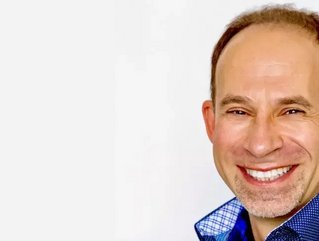 A partner at TMT Investments, a successful venture fund active (44 investments, 15 profitable exits) in Silicon Valley, Igor Shoifot spent several months in China, Hong Kong, Singapore and Malaysia over the last couple of years while his partners also traveled extensively to other parts of Asia, such as Korea and Japan

The following report summarises six general lessons learned in Asia by a Silicon Valley venture capitalist during those numerous trips.

High tech in Asia is expanding faster than in any other part of the world, not excluding the cradle-hotbed of technologies, Silicon Valley, where Shoifot lives. China, which had precious few tech startups just a generation ago, now has almost as many unicorn (privately held billion dollar or higher valued tech companies) as the US, and as many as the rest of the non-US world. The pace of high-tech growth in South-East Asia is such, that within a few years, it will overtake the US in all metrics applied by analysts to measuring technological progress: invested capital, filed patents, number of startups, number of unicorns, M&A activity, market caps of publicly traded IT companies and combined IPO value.

In general, Asian tech entrepreneurs move as fast, work as fast, think as fast as their Silicon Valley counterparts, and certainly faster than entrepreneurs elsewhere. They are as hard-working, as open to risk-taking, as good at figuring out how to scale the business, what business models to build and how to find and use distribution channels for their products. The typical tech startup naivete, which could be summarized as “You build it, and they will come” may have worked for Biblical Noah, but proved false and detrimental for, alas, many starry-eyed entrepreneurial teams. Besides Silicon Valley, Asia may be one of very few places, where IT entrepreneurs think about monetization mechanisms, business models, product partnerships, distribution channels and business growth technics first and foremost.

3. Asian investors are deep and different from Western investors

Asian investors are shrewd, knowledgeable, open to risk-taking and extremely well-informed about the market, technologies, new trends, models and competing products. They are also much more complex to deal with than Western investors. Numbers, results, technology, analytics – all of this is as important to Asian investors as it is to the Western ones, but personal relations, references, connections are as important here. Asian investors are much more concerned with appearances and pay much more attention to the market “feelings”: which technologies are fashionable, which big brands are involved, what big names are participating. Investments are done in groups and through references here much more often than in the West.

4. Asia is now at the forefront of the blockchain revolution

More cryptocurrencies are mined here than in the rest of the world – probably, twice as much. Sichuan province alone is where most of world cryptocurrencies are “minted”. Having outlawed and effectively branded ICOs (initial coin offerings) illegal financial pyramids, just over a year ago, China is now coming to terms with Blockchain. Its Ministry of Industry and IT published a “2018 China Blockchain Industry White Paper”, with plenty of positive things to say about Blockchain and its role in IT space. Even President Xi Jinping mentioned Blockchain in his May 2018 speech as one of key breakthrough technologies in China. Meanwhile, Taiwan is working on a comprehensive legislation to become the most Blockchain-friendly place in Asia, and possibly the whole world. Singapore is widely known as one of the world capitals (if not The World Capital) of ICOs. Malaysian cryptocurrency NEM is 14th most popular Blockchain-based currency in the world. And last, but not least, you can now buy and sell cryptocurrencies in ATM machines on Hong Kong streets.

5. The size of the Asian high tech market is amazing

Gone are the times when China (just a couple of decades ago) had no high tech venture capital firms, and had less than $100M invested by VCs in all of the year 2000. These days, Asia is about to overtake the US in VC investment. Asian IT giants are successfully challenging their American competitors in almost every IT segment. Just 3 years ago, Tencent was a lonely Chinese hightech giant in Bloomberg's World's Top 10 IT firms, barely overtaking Cisco for the 8th place, now it's on the 7th place, flanked by Alibaba and Ant Financial. What's even more impressive, China now exports twice as much high-tech production as the US and Germany do combined. The latter numbers, of course, could be a bit misleading since they include a tremendous amount of high-tech production outsourced by the US companies for manufacturing in Asia – but this exception only proves how important is Asian high-tech.

It would be wrong though to imagine Asian (mostly Chinese) high tech as only competing with Western (mostly American) companies. These companies cooperate, work together, and buy each other. Most US high-tech firms, such as Apple or Microsoft manufacture their hardware in Asia. Asian companies acquired numerous Western high tech companies or divisions, and continue to expand such businesses (IBM personal computer business, and then also its x86 server unit, Motorola Mobility, Fisker plug-in hybrid electric vehicles, and many others). There are plenty of areas, where the goals of high tech companies in the West and the East coincide: Asian and Western driverless car manufacturers want to lobby the laws, which would allow such cars to function on the roads. Likewise, Amazon and Alibaba, or Xiaomi and Apple have a lot of shared global interests.