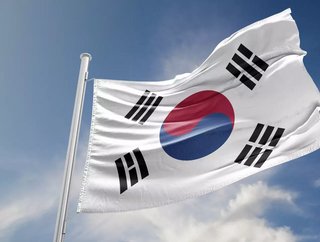 As global procurement competition heats up, the Korean government will support small- and medium-sized businesses that want to expand into foreign markets

In today’s world, national borders blur together. Major economic powers—the U.S., China, and the European Union—no longer compete with regional players. Even public procurement has gone global. And as a direct result of our international e-procurement systems, its low costs and innovative proposals that win contracts.

What is the Public Procurement Service?

The organisation has been operating for ages, not long after the Korean government was formed back in 1948. It’s now ready to move into a more global arena, but its primary role remains the same: to purchase and manage materials required for major South Korean public infrastructure projects.

Last April, however, the Ministry of Economy and Finance, the Ministry of Foreign Affairs, and the Ministry of Trade, Industry, and Energy met up to create a new type of task force. Bolstered by a government investment of US$4.42bn in industrial and procurement innovation, the group intends to provide administrative support to Korean SMEs to help them expand beyond national borders.

One such global initiative is South Korea’s G-PASS (Government Performance Assured) programme, which recognises domestic firms that have the chops to compete in an international market. To help them succeed, PPS gives them access to advanced technologies, such as AI, vision tech, and IoT, as well as plenty of publicity. Does it work? Well, this year, according to Chung-Woo, 832 South Korean G-PASS SMEs expanded their overseas networks—achieving export sales worth US$800mn in the global market.

Who Else Supports Korean Expansion?

Not just the government. BSR Korea, a government-trusted agency, recently rolled out two public procurement programmes to help Korean SMEs advance into the overseas sector. ‘We have extensive experience in preparing short- and medium-term frameworks, such as planning for emergency suppliers and mid-to-long-term stockpile purchases’, said a BSR executive. ‘Existing support protocols can no longer yield good results’.

Consequently, the agency compiled a list of South Korean SMEs that specialise in sanitation supplies for international organisations. As governments searched for short-term emergency supplies such as nitrile gloves, face shields, and non-contact thermometers during the COVID pandemic, this list came in clutch.

In 2021, BSR-backed SMEs exported more than US$10mn in public procurement to the U.S., Europe, and other international organisations. Clearly, there are multiple lines of support for Korean SMEs. But we still must ask...

Is This A Solid Idea?

In truth, this is a good time to make global moves. Public procurement teams are starting to move away from strict RFPs to more open, innovative calls for proposals, which will level the playing field for smaller, foreign companies; South Korea has proved itself a viable supplier base for an America that wants to move away from Chinese dependence; and PPS has the intelligence to capitalise on foreign procurement needs.

Therefore, as governments and militaries alike realise that they must rely on a more diverse base of suppliers to avoid gridlock, international suppliers had better watch their backs—because Korean SMEs are ready to enter the melee.