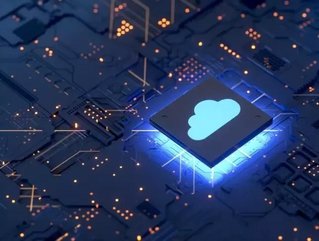 The execution of a cloud migration strategy can be an anxious time for business leaders. Not only are the core aspects of moving to the cloud often shrouded in technical jargon (public vs private; hybrid vs multi; containerization; XaaS; etc.) but also, the diversity and complexity of IT infrastructure varies widely from business to business, making the risk of disruption difficult to determine.

Imagine a business’ IT infrastructure as a bus speeding along the motorway. The vehicle must transport assets and information according to a strict schedule, otherwise mission critical processes are subject to disruption, resulting in the loss of precious time and money. In this analogy, an attempt to execute a cloud migration strategy is akin to climbing under the bonnet, swapping out the old engine and fitting a new one, all while the bus is still travelling at speed.
Much to the relief of business leaders, the process of cloud migration is far too incremental to be comparable to a Hollywood-style stunt. In fact, a more useful analogy is to think about moving to the cloud as something much more relaxing – chess.

Modern businesses run on a number of different apps, each with a specific set of services or processes that enable different aspects of business to function. Like pieces on a chess board, these components achieve their purpose by operating in a variety of different ways to achieve a common goal. The way in which these components are configured can impact how effective they are in achieving their goals, creating a delicate network of interdependencies that is not always obvious from an initial assessment. Moving one piece forward has the potential to increase the vulnerability of others, while creating a set model for success is rendered almost impossible by billions of different potential arrangements.
What does this have to do with the cloud? Put simply, cloud-native apps run better, faster and more reliably than those hosted in on-premises data centers. Moreover, the distributed nature of cloud computing makes it more difficult for apps to be targeted by cyber-attacks, while the flexibility it affords organisations means that cybersecurity protocols can be rapidly adapted to the shifting cyber threat landscape. Most importantly, however, running apps in the cloud allows businesses to become more agile – a crucial characteristic to have in a rapidly changing world. Apps run in the cloud benefit from both increased portability and scalability, which helps businesses adapt their products and services to changing levels of demand or to more closely align with customer needs. This is how value can be generated as a direct result of migrating apps to the cloud, while also saving costs by only using as much of the IT department’s resources as needed at the time.

Bring in the cavalry

The external perspective of a third-party organisation is especially useful during migration projects. This will help to overcome the tendency for cloud migration projects to suffer from tunnel vision and offer an expert opinion to assist difficult decisions. For example, an organisation may have modernised its enterprise application structure to run in the cloud, launched new microservices and started adhering to a new architectural style, but neglected to retire its legacy infrastructure. Such problems can easily fade into the background and end up wasting money and slowing down systems – despite effectively being redundant in cloud-based IT environments. Instead of hiding, these blind spots can be easily identified and safely eliminated by granting visibility to an unbiased third party to rigorously check the assumptions initially made.

The surging popularity of cloud-native enterprise applications has also challenged conventional wisdom on how to keep systems safe and secure. From infrastructure to application development, there is a sharp contrast between legacy cybersecurity tools and a more modern, cloud-native approach to protecting IT resources. Organisations must reimagine their cyber defences to adapt to the needs of the cloud-native era. As a result, organisations moving to the cloud must be bold and invest in the innovations, patterns and practices in order to be successful, such as establishing a DevOps culture, engage in the continuous delivery of new apps and updates and adopt a microservices architecture. These are the tools that are needed for cloud-native security and transform the way in which major risks can be mitigated.

One small step for IT, one giant leap for business

A game of chess is lost when all the most important pieces are brought to the frontline simultaneously. Accordingly, nowhere does it say that a business must shift all of its apps to the cloud in a single move. Even with just a small portion of apps running in the cloud – often only 10-20% of a business’ total estate – businesses will notice the benefits of the cloud begin to manifest in areas such as value-added services, enhanced customer experience and a greater capacity to innovate.

It is paramount that businesses planning a cloud migration strategy focus first on moving the apps that are best positioned to reap the benefits of the cloud. Which apps deliver the most value to customers? Which apps are the most important in ensuring the people within the business can achieve their goals? Which apps drive the most traffic? Identifying which apps are core to the business and moving them to the cloud, it can be assured that the maximum outcomes of the technology are being achieved with minimal change. By taking incremental steps, businesses can embark on a journey of learning and adapting to a new cloud-based environment, and ensure that cloud migration projects are successful.

The usefulness of technology partners does not stop at the technology itself. Perhaps, one of the most important aspects of cloud migration projects is to maintain stakeholder engagement throughout the process. Technology partners can be instrumental in espousing the benefits of technical projects to members of the executive board, such as tangible ROI and new opportunities to compete, scale and grow. It’s important that it’s not just the customers that go on and benefit from this journey. Teams within the organisation must understand the technology and concepts being deployed and be shown the value of having existing systems changed.

As with any major cultural change, resistance is to be expected, especially when executed in parallel with a large technology project such as a cloud migration. Making sure teams are on board with change is foundational to success, and establishing processes for introducing them to new solutions and software is crucial.

The best migrations happen when individual teams work together, from DevOps to IT. Again, this is where an incremental approach is fundamental, as each step leads to new insights which require continuous course correction and adaptation. The often technical way in which cloud is described means that the crucial human factor of cloud migration is forgotten. A people-centric approach must be taken, one which rigorously questions any assumptions regarding individual teams’ reactions to the change involved. Only then can a project become successful.

No one ever won a game of chess without sacrificing pieces along the way. Equally, no cloud migration project is flawless. Even with the best tools and people at their disposal, organisations will find themselves making certain trade-offs and facing unexpected circumstances. Moving to the cloud, however, isn’t a leap of faith; it’s an incremental and strategic reconfiguration of IT resources that requires evaluation every step of the way. The outcome? An IT offering that is fit for purpose, futureproof and capable of serving the needs of both clients and employees alike.