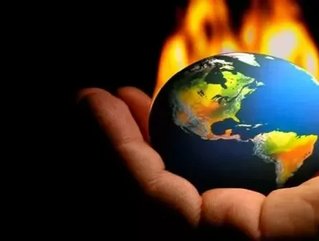 Summer weather is on its way to New South Wales, but don’t wiggle into your budgie-smugglers just yet.

According to ABC News, the Climate Commission is predicting record heatwaves, bushfires and rising sea levels across the state by the end of the century due to climate change in its newest report, “The Critical Decade: NSW Impacts and Opportunities”.

In Sydney for example, the report said the city would experience two weeks’ worth of 35+ temperatures; normally, this happens only three days per year. The dry western end of the city is said to be contributing to the hotter temperatures.

“What we are seeing is not only rising temperatures but some parts of the country are getting disproportionally hotter,” Federal Climate Commissioner Professor Lesley Hughes told ABC. "If we compare western Sydney with the rest of Sydney, the number of hot days in western Sydney used to be three times as many as eastern Sydney, and now it's four times.”

The report also states that the sea level will rise 1.1 metres by the end of the century, threatening 60,000 houses, 1200 commercial buildings and 250 kilometres of highway.

The Commission pinpointed three primary impacts and opportunities in NSW within the report:

1.      A hotter climate will affect agriculture and natural ecosystems.

“Australia is generally regarded internationally as the most at-risk developed country,” Ms Hughes told AAP. “We need to prepare for it but we need to do our best to avoid the worst impacts.”

The full report may be accessed here.