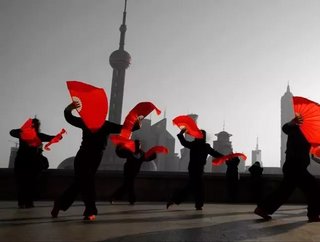 Located on China’s central coast, the city of Shanghai is famed for its striking skyline, which is dominated by the 1,545ft Oriental Pearl Tower and the elegant, twisting outline of the 2,073ft Shanghai Tower. Home to more than 26.3mn people, it is the most populous urban area on the planet. The city has the world’s fourth-busiest airport, which sees over 110mn passengers pass through it each year, and its container port is the busiest on the planet.

As a global hub for trade, finance and innovation – not to mention the place where more than 26mn people live out their lives – Shanghai’s residents are exposed to a unique set of challenges. However, cutting-edge technologies are helping them overcome the pressures of life in one of the world’s most populous cities.

Life in a major Chinese city has, over the past twenty years, developed its own uniform, the most distinctive element of which being the face mask. In Shanghai, pollution levels have increased dramatically since 2013 – especially levels of harmful PM2.5 particulate matter. As air quality has declined, the industry for air-filtering face masks has grown dramatically. According to a report by Orbis Research released in 2018, the global anti-pollution mask market is expected to grow by 30.4% by 2022. “Key factors driving the robust growth rate of the APAC region include the rising penetration of foreign brands and rising pollution levels in countries like China and India,” the report states.

From a sweeping trash-sorting initiative to the promotion of electric vehicle (EV) adoption, Shanghai’s public and private sectors are taking steps to combat the pressing environmental challenges facing the megacity.

Founded in 2013 by three expat fathers living in Shanghai, Mila set about addressing the absence of affordable indoor air filtration units after one of the founders was quoted approximately $3,900 for a single unit.

While a smog-choked street may be all the visual evidence a commuter needs to don a filtration mask outside, due to lack of airflow and air conditioning systems, air quality indoors can be up to five times worse than on the street.

Marrying stylish, modern designs with affordability, the Mila filter is available to Shanghai citizens either as a subscription service (starting at around $21 per month) or an outright payment of around $275. The units use a multi-stage filter design, which includes 3M certified HEPA and activated carbon filters proven to remove up to 99.97% of pollutants such as PM2.5, allergens, pollen, formaldehyde and household odours.

Unlike traditional air purifiers, which can be the size of a family fridge and twice as expensive, Mila’s units are designed to work in systems of small units to provide even coverage throughout a home. “Most people buy air purifiers like French wine,” Grant Prigge, one of the co-founders of Mila, said in an interview with NBC. “They have no idea if it's good or bad, they just buy the most expensive one they can afford and assume it must be good. It doesn’t matter if you have a huge unit in your living room. It does little to nothing to improve the air in your kid's room down the hall.”

Headquartered in central Shanghai, Mila’s team is continuing to provide thoughtful, fairly-priced air purification solutions to the city’s citizens. “We speak to our customers as three fathers," Prigge affirms. “We know our customers are buying these units for the health of their loved ones and we take that responsibility seriously.”

Even though car ownership in China has only reached a penetration of 15%, the country is still the largest vehicle market in the world. As such, cars are a major source of pollution in cities, with Shanghai being no exception.

With the People’s Republic of China (PRC) government actively taking steps to curb national pollution levels, EV adoption is being driven forward in the country at an industry-leading rate. According to a CleanTechnica report, Chinese EV sales are expected to reach 2mn units in 2019, and the country is predicted to be responsible for 50% of global EV sales by 2025.

In June 2019, the fifth annual Consumer Electronics Show Asia (CESA) was held in Shanghai's New International Expo Centre. While the event played host to showcases by tech giants Huawei, Hisense and Sonos, the lion’s share of floor space went to auto manufacturers. Two of the five main halls at the event were dedicated to car companies, according to a report by Pocket Lint, and more than 60 global automotive brands showcased products at the event.

Shanghai-based auto manufacturer NIO was founded in 2014 and specialises in the design and production of electric autonomous vehicles. The company’s flagship car, the EP9, has set multiple world records as the world’s fastest electric sports car. As well as its sports and racing designs, NIO also produces the ES6, a sports utility SUV with a range of up to 510km.

The company was founded as an expression of the belief that seismic change is on the horizon for the car industry. “When the ownership experience exceeds expectations, electric vehicles will simply become the natural choice for everyone, leading to a more sustainable tomorrow,” said the company. “With that, our vision of a blue sky will come true.”