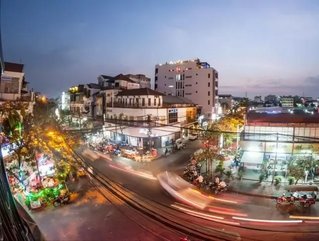 Cambodia’s capital is becoming a gateway for exports as both the West and China’s growing middle class, increase investment; and one particularly unusual delicacy proves highly lucrative

The Cambodian economy has exhibited strong growth in the past decade. Forbes reports the nation’s GDP growth at “an average annual rate of over 8% between 2000 and 2010 and at least 7% since 2011”. Central to this increasing prosperity and financial strength are the tourism, garment, construction and real estate, and agriculture sectors. Food, and its production, are at the crossroads of Cambodia’s growing economy and flourishing culture, which is most apparent in the capital city of Phnom Penh.

Located at the intersection of the Mekong and Tonlé Sap rivers, Phnom Penh has a rich culinary history, supported by the strong agricultural tradition of the surrounding deltas. This sector is set to expand once again, fueled by demand from the West, as well as China’s burgeoning middle class. In September 2018, 350 companies from 30 countries in the region met in Phnom Penh for the Camfood, Hotel and CamCafe Expo, according to the Phnom Penh Post, with the goal of securing new investors to help support growth across Southeast Asia and Indonesia.

Away from the private sector, the Cambodian and US governments met in September, hosted by the American Chamber of Commerce, for what the Phnom Penh Post described as a “first-of-its-kind trade event”; the Plenary Session of Business Opportunities in Cambodian Agriculture. Speaking at the event, US Ambassador William Heidt stated: “Cambodian agriculture has enormous potential. From 2004 to 2012, growth in the sector was 5.3% – one of the fastest in the world. Crop yields and agricultural exports increased significantly.”

A gateway for global trade

Cambodia’s principal bulk exports are rice and cassava root, with 45% of the country’s total labour force engaged in the agricultural sector, according to export.gov. In 2017, Cambodian rice exports totalled 574,673 tons, compared to 387,061 tons three years previously. In 2018, the Khmer Times reported an overall increase in Cambodian agricultural export commodities of 11%.  A large portion of the increase in large-scale commodity agriculture thanks to recent shifts in US trade relations. The Phnom Penh Post reports that Cambodian-US bilateral trade has been valued at $1.9bn so far in 2018 – marking a 23% increase, year on year.

While the majority of Cambodian agricultural exports are large-scale commodities like rice, cassava (both fresh and starch) and corn, Phnom Penh is also experiencing a dramatic increase in demand for luxury foodstuffs from overseas. This increase in demand has been attributed partially to the strong growth in the Kampot pepper market, as the industry has experienced a strong resurgence in the past twenty years, following the fall of the Khmer Rouge.

In the provinces to the West of Phnom Penh, a market has been steadily growing, industrialising, and finally legitimising over the past decade: the nests of edible-nest swiftlets. Found across Southeast Asia, the edible-nest swiftlet constructs its homes almost exclusively from saliva, which dries into a shell, and contains very little vegetable matter or contaminants. Harvesting the nests is traditionally dangerous, given the birds’ propensity to build high on cliffs. This, combined with huge popularity in China as both a culinary delicacy and a traditional aphrodisiac, sets the swiftlet nests among Matsutake mushrooms, white truffles, and White Pearl Albino caviar as one of the most expensive foodstuffs worldwide.

In 2017, the cost of a kilo of ‘unwashed’ nests was reported by the Phnom Penh Post as between $600 and $650 per kg, while the paper added that cleaned nests could be sold for $1,500 last year are now worth closer to $3,000. As a result, more than 100 ‘swallow houses’ have been built across Cambodia, bringing the total to “anywhere from 800 to 1,500” according to Cambodia Bird’s Nest Federation (CBNF) president Nang Sothy. Sothy continues to estimate that, if demand remains high, “the Kingdom could harvest at least 800-1,500kg of birds’ nests a month”, 70% of which could be exported. The majority of the increased demand is expected to come from China’s growing middle class, whose purchasing power over luxury goods and services is expected to increase dramatically in the next five years. McKinsey and Co has reported that by 2022, over 75% of China’s urban consumers will earn between $9,000 and $34,000 in annual income, representing a doubling of the average urban household income by the year 2022, which the Cambodian export market is already seeing dividends from.

The Post spoke to Phnom Penh-based shopkeeper, Buth Rathany, who told the news outlet that sales had almost doubled in the past year. However, with profits rising in the sector, the Cambodian government is taking steps to both regulate and tax the industry.

In September, the Cambodian Forestry Administration urged those operating swiftlet nest farms to register with the department. Forestry official Yorn Yuth Vorith said: “As long as swiftlet house [ownership] keeps growing across the country, we need to check and control them. Registering will also benefit the owners of swiftlet houses as they will be certified and the origin of their export products will be identified.”

The future of the bird nest soup sector in and around Phnom Penh remains far from certain: Indonesian, Myanmarese and Thai swallow houses are also expanding and updating their traditional methods for the modern market, which has been estimated to be worth $5bn annually. Regardless of the role this will play in Cambodia’s agricultural sector, the Kingdom is consistently developing and refining strategies to become a formidable competitor in the region, and beyond.