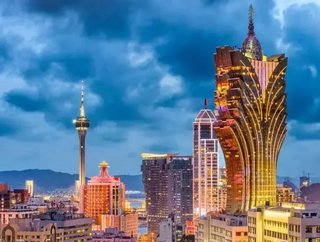 The city of Macau is one of two special administrative regions (SARs) of China, the other being Hong Kong. The two share a number of similarities, beginning with their histories. A colony of the UK in the case of Hong Kong and of Portugal in the case of Macau, the two were both returned to China before the new millennium, albeit with their status as SARs guaranteeing them a number of freedoms. Both located in southern China (a ferry between the two takes only about one hour), the two cities predominantly speak Cantonese, the regional variety of the Chinese language. From these similar origins, however, the cities have diverged significantly, and Macau possesses a character very distinct from that of Hong Kong.

According to Macau’s Statistics and Census Service (DSEC), the population in the second quarter of 2019 was 672,000, in an area given by the CIA World Factbook as 28.2 sq km. Consequently, Macau is widely reported to be the most densely populated territory in the world. Though there are more densely populated cities, none have the same political status as Macau. According to the International Monetary Fund, in 2019 Macau’s GDP was $58.06bn and $86,420 per capita. That figure ranks it second worldwide for GDP per person, behind only Luxembourg.

Historically, because of the city’s unique political and geographical situation as a group of coastal islands under separate rule from the mainland, land reclamation was the only option for expansion. Consequently, as reported by the Macau Daily Times, since 1912 the city has tripled its total land area thanks to the technique. More recently, six new land reclamation zones have been established: A, B, C, D, E1 and E2. Combined, they are intended to reclaim five sq km, bringing Macau’s available land to over 35 sq km. One of the most impressive land reclamation efforts saw the creation of Cotai, a piece of land which joins the former islands of Taipa and Coloane. Completed in 2005, the area houses a number of hotels and casinos, leading to the coining of the name the “Cotai Strip” to describe the area. Indeed, Macau as a whole is often known as the Las Vegas of the East, owing to the numerous casinos dotting the territory.

Located in Macau’s Sé freguesia (one of the eight subdivisions of the territory), Casino Lisboa was, upon its opening in 1970, became the flagship hotel casino of one of Macau’s richest men, Stanley Ho, a pioneer of the casino business. The casino remains famous for its role as a progenitor of the industry in Macau, though it has since been eclipsed by the Grand Lisboa, which Ho’s company opened next door in 2007 and forms part of the same complex. According to their websites, the Grand Lisboa offers over 400 hotel rooms, while the older building features nearly 1000. A restaurant founded by French chef, Joël Robuchon, features alongside the casino game offerings.

Owned by the world’s largest casino company, the US-based Las Vegas Sands, The Venetian Macao is modeled on The Venetian Las Vegas casino. The Venetian Macao is one of a number of Macau casinos owned by the company, including The Sands Macao and The Parisian Macao. According to Emporis, the building is composed of 39 floors, and possesses 350 shops and 30 restaurants. As reported by World Atlas, the casino occupies 546,000 sq ft of space, making it the world’s second largest after the WinStar World Casino in Thackerville, Oklahoma.

One of Macau’s latest casinos, Wynn Palace was opened in 2016. A property of the Nevada-based Wynn Resorts, owner of properties such as Wynn Las Vegas, it is the company’s third casino in the city. Located on the Cotai Strip, the 28-story building has 1,706 rooms. Sights included a stainless-steel sculpture by Jeff Koons called ‘Tulips’ and, as reported by the South China Morning Post, a 48,403 sq ft spa and 495,000 sq ft of casino space.

The prominence of gambling in Macau stems from its role as the sole place in China where casino gambling is legal. The activity has been vital to the city ever since it was first legalised by the Portuguese government in 1849. From 1962, gambling rights were the exclusive preserve of the Sociedade de Turismo e Diversões de Macau (STDM), a company founded by Casino Lisboa owner Stanley Ho. In 2002, casino operating concessions were opened up to three, and later six, companies. Buoyed by this dominant industry and the people from China and beyond that it attracts, Macau is set to maintain its high-performing economy as it expands ever further into the sea.