City Focus: How Auckland is looking to space for new business opportunities 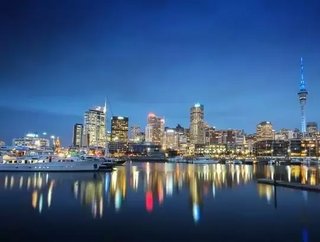 Located on the West Coast of New Zealand, with a population of 1.4mn people, Auckland is the country’s largest and most diverse city. The city’s economy is growing again post-recession, largely due to the New Zealand Government’s continued foreign economic policy, which places emphasis on expanding the country’s network of free trade agreements. As a result, New Zealand was named the second-best country for business by Forbes in 2017.

Auckland’s business community places emphasis on developing advanced materials (plastics, coatings, polymers, composites, ceramics, metal alloys and nano-fibre), tech (cybersecurity, financial services and fintech, health IT, medical devices, and aerospace), and commercial services (according to New Zealand Trade and Enterprise, it’s 25% cheaper to operate a 200-seat contact centre in New Zealand than it is in Australia or Great Britain). These R&D-driven, growth manufacturing industries have made the city an attractive opportunity for investors.

Another high-tech industry is emerging in the city, thanks to an Auckland- and Los-Angeles-based engineering company. Rocket Lab, founded in 2006 by local Peter Beck, is moving to disrupt and reshape the global launch service market. The startup aims to provide launch services to small cubesat companies, in a bid to “bring down the cost of spacefaring by using small, lower-cost rockets”, according to a report by Wired.

“Right from day one, we were all about how we can make space more accessible, whether that be through sounding rockets or orbital vehicles,” said Beck in an interview given earlier this year.

In 2006. when Rocket Lab was formed, fewer than 20 small-scale launch cubesats made it to space. By 2014, the number of small commercial satellites grew to over 120 and demand continues to escalate year-over-year. The global market has taken interest. From a $6.9mn NASA contract in 2014, Rocket Lab successfully secured $75mn in venture capital funding last year, from Data Collective, Promus Ventures and existing investors Bessemer Venture Partners, Khosla Ventures and K1W1, according to Reuters.

Peter Beck said in a statement that the company will use the money to increase its manufacturing capacity for its small launch vehicle, the Electron. Made in both Auckland and California, the 150kg booster rocket features a 3D-printed engine module and electric motor systems. The module, Beck hopes, will be manufactured at a rate of one unit per week, with launch costs to consumers estimated at $5mn per flight.

This would represent a significant decrease in expense for companies hoping to launch small satellites into the atmosphere. Currently, the industry standard Atlas rockets, designed to haul large satellites into space, will cost a company anywhere between $30mn and $60mn, according to Wired.

Currently, small satellite companies looking to put their cubesats into orbit, whose creations will mostly take pictures of Earth and provide space-based internet, are being forced to “pay for expensive tickets on outsized rockets. And they share the ride as second-class citizens, stuffed in among the more substantial payloads those rockets are actually meant for. The substantial stuff determines where the rockets go, and those orbits are often suboptimal for smallsats”, Wired reports. “The technology has changed, the size of the spacecraft has shrunk, but the size of the launch vehicles hasn’t.”

With Rocket Lab angling to undercut the cost of larger launcher companies, the company is expected to reap the rewards of what is expected to become a $22bn industry by 2028. The ability for small companies, on startup budgets, to get their tech into space is “critically important”, Jason Andrews, CEO of Spaceflight Industries, told Wired last year. The ability to control the orbital trajectory of the rockets will allow consumers to reach new, optimal areas of Earth’s orbit. This goal will also be brought closer by Rocket Lab’s launch location.

The company’s private launch site, located on the Mahia Peninsula, 500km south of Auckland, has the benefit of exclusivity. Unlike the crowded launch pads at Cape Canaveral, the Mahia pad is entirely devoted to Rocket Lab launches of the Electron rocket, with a government contract allowing for launches every three days (totalling 100 over the year), the company is expecting business to boom. Given that last year, only 87 orbital launches were completed by companies and countries combined, Rocket Lab’s 100-launch permit may seem excessive, but Wired asserts that “having dedicated providers that tailor to their shrunken-down needs means more smallsat companies can get to space better, cheaper, and quicker. If you build a rocket, the payloads will come.”