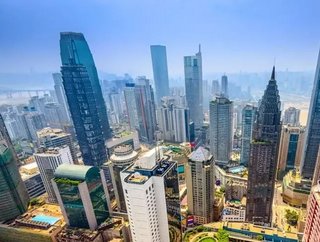 Situated at the confluence of the famed Yangtze and Jialing rivers, Chongqing lives up to the majesty of its aquatic associations. According to World Atlas, Chongqing is the third most populous city in China with 25.2mn residents in the metropolitan area, while Shanghai and Guangzhou take second and first place respectively. Britannica noted that the climate of the city and surrounding areas is “mild and intensely humid”, though this supposed inhospitable quality has not limited its explosive growth and wealth of opportunities. It is the capital of one of China’s four municipalities alongside Beijing, Tianjin and Shanghai, as well as a national logistics hub and a hotspot for tourism. Rich with history, the ancient Ba people originated from Chongqing and it served as the seat of the Chinese government during the Second Sino-Japanese war.

Built amongst and on top of a mountain range, Chongqing is nicknamed the Mountain City. Its characterful topography means that, according to China.org.cn, locals say that roads are climbed rather than walked, and the urban landscape is replete with stone steps considered to be defining features of the city. The roads wind up and down the mountainous gradients, meaning that intra-city car journeys are rarely direct and require various loops and double-backing. China.org.cn defines the roads as “thrilling”, highlighting the 72-metre Sujiaba Flyover as being reminiscent of a rollercoaster.

To the north of the city, beginning in Baidi, Chongqing Municipality and ending at Nanjing Pass, Hubei Province, are the naturally stunning Three Gorges of the Yangtze. The gorges, adjacent to each other and running from west to east, have the highest possible classification from the China National Tourism Administration as a ‘scenic area’, with a 5A status. Other sites across the country to be classified as 5A include (but are not limited to) the Great Wall Tourist Area, Baiyang Lake, Mount Wutai, and the Shenyang Botanical Garden.

While the majority of Chongqing remains rural, the city proper caters to the retail needs of both locals and tourists alike. Traditional Chinese medicines, exotic fruits, high quality tea, bamboo-based products and Chongqing’s iconic paper fans are all available, and each is representative of local culture and the enduring commitment to cultural tradition in the city.

Offering incredible views of Chongqing’s unconventional skyline and the surrounding scenery, tourists would be remiss to skip a ride on the cable car over the Yangtze, a short but memorable means to view the city in all its glory.

In January 2018, Chongqing was ranked as the seventh-best city for business in the Forbes China’s Best 100 Cities for Business List. As a major transport hub for the Yangtze, Chongqing serves as a logistics hub in Southwest China and has had its marine network integrated within wider water-land-sky infrastructure. The city has three electrified railways, three civilian airports, and an extensive and ascendant road and rail network that includes over 20 trans-Yangtze bridges. With this extensive infrastructure, a wide range of major industry players are headquartered in and around the city, such as state-owned Changan Automobile, PKU Healthcare, property developer C C Land, and fast food chain Country Style Cooking.

In August 2018, People’s Daily Online reported that Hu Xiaoming, President of Alibaba Cloud at the time, announced that Chongqing is set to become the largest smart city in Asia. In Hu’s announcement, made at the Computing Conference 2018 in Chongqing, he said that Alibaba would support the city’s development and digitisation with its cloud, artificial intelligence (AI), Internet of Things (IoT) and blockchain technologies. Of the smart features that these technologies are enabling, of particular importance is the smart parking management system powered by both cloud and AI tech. The system revolutionises parking in the city, enabling drivers to locate the nearest available space and pay relevant tolls quickly and seamlessly, cutting congestion.

TechNode reported that, in April 2019, Chongqing became the host of China’s first autonomous police car. Dozens of the vehicles, approximately a sixth of the size of a regular vehicle, patrol areas of the city between 12am and 5am, using LiDAR, 5G, facial recognition, an emergency button for citizens in distress and more cutting-edge tech to boost civilian safety. Aimo, the developer of the vehicles, began as a startup in Hong Kong and has now relocated its headquarters to Chongqing. The government has permitted autonomous vehicle testing on the city’s streets, potentially laying the foundations for Chongqing to be a worldwide hub for the burgeoning technology.