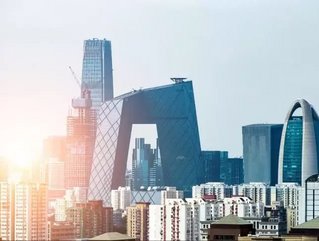 In this month's Business Chief, we take a look at the Chinese capital of Beijing, which is not just the nation’s centre politically but is also making waves in connectivity and technological development.

The lively Chinese capital of Beijing juxtaposes the ancient and ultramodern as evident from the combination of beautiful architecture and the pervasiveness of technology. The spirit of discovery and being at the centre of development create a climate conducive to experimentation and directed toward success. Technology, and in particular the development of artificial intelligence (AI), exists throughout all levels of life and commerce in Beijing and has a very real effect on daily life in the city.

The modern Chinese capital is the centre of all transportation networks for the country as well as being the global power’s business hub and educational centre. Beijing is also home to most of China’s largest state-owned companies and foreign commerce. Around 25mn people currently live in Beijing and the historically significant city is now very much grounded in the present, and has proved a quick adapter to cutting-edge technology, huge proportions of which are created by its own scientists, mathematicians and engineers.

By August 2017, there were 873mn subscribers to China Mobile Communications, the world's largest mobile phone operator which is headquartered in Beijing. Indeed, one word which characterises Beijing is ‘connected’. The city is well on its way to becoming a cashless society, according to many observers, with financial transactions routinely handled electronically and primarily via smartphone.

Facial recognition software is already in use to facilitate not only financial transactions, but speed human access to homes, apartments and offices, even confirming identities for service providers like taxi drivers and home deliveries. But that's only the beginning: a new technology park will become home to more than 400 businesses dedicated to developing and perfecting AI technology for futuristic biometrics and even self-driving vehicles.

Interestingly, though, China Mobile only ranks fifth on the list of largest companies in Beijing. Holding first and second places, respectively, are the Sinopec Group and China National Petroleum, both oil producers. State Grid Corporation is the country's electric monopoly and the world's largest utility company, ranking third, and the Industrial and Commercial Bank of China holds fourth place.

Since 1980, Beijing has also become a ‘magnet’ for multi-national companies of all kinds. During the first six months of 2012, 13 of the world's top 500 corporations invested in 16 new projects valued at more than $1.4bn at the time, or nearly one quarter of the total foreign investment at the time.

Today, research and development as well as marketing and procurement functions continue to be important to foreign companies with a Beijing connection. Numerous electronics and telecommunications companies have a major presence in the city; they have had a major impact on the local economy over the past decade, flowing the equivalent of billions of dollars into the local economy.

Beijing is best known as China's centre of political life and culture, and while it may be somewhat of a latecomer to the country's overall economic life, it now ranks alongside Shanghai and Hong Kong as a major corporate destination, wielding great influence in financial circles. It is widely acknowledged as a haven for startups and for innovative entrepreneurs, providing fertile ground for expansion.

Construction is thriving everywhere: infrastructure improvements are a government priority, and while agriculture remains a mainstay of the area's employment market, urbanisation has opened up myriad opportunities for both local workers and for foreign nationals. Retail and tourism share a growing market. The large number of English schools and teaching programs testify to China's commitment to become a major player on the world stage. English speakers and teachers are welcomed in Beijing.

Living in Beijing, as in most world-class cities, has both positives and negatives. For those on a singular career path, the Beijing experience can be a springboard to advancement, offering a distinct worldview and a global perspective on business, particularly technology.

In terms of lifestyle, however, there are some drawbacks. Although the cost of living allows for a comfortable existence, many foreigners find it hard to save money – perhaps there are simply too many financial temptations. Health is a concern: air quality is not the best. While developing a social and business network is not hard – there is even a special word for it: guanxi – navigating the huge city can be as logistically difficult as deciding what to order on a menu. Learning to speak passable Mandarin is always recommended, and foreign residents will find it less difficult that they might expect.

Overall, being in Beijing is akin to have many worlds to explore at the same time – ancient and modern, familiar and mysterious, a lively music nightlife, history and art, high-tech and down-home, urban and agricultural. It is an experience, and a place, like no other.