China’s grocery retail market set for growth of 32.6% by 2022, driven by ecommerce 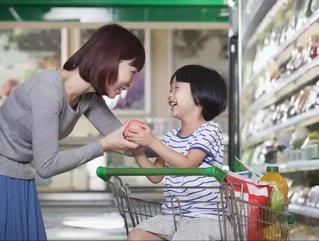 According to data released by international grocery research organisation IGD on 10 November, China’s grocery retail market is predicted to grow 32.6% by 2022

IGD said that this is a greater figure than that of India, Japan, and Indonesia combined, but China will remain the second biggest grocery retail market after the US.

eCommerce is expected to see the biggest growth of any retail channel over this period, growing at a CAGR of 31% between 2017 and 2022.

“China continues to be an exciting market to watch with its significant size and rapid growth,” said Shirley Zhu, Programme Director for IGD’s research in the APAC region.

“Retailers with nationwide networks such as Sun Art, Yonghui, Walmart, CRV and Carrefour will reap rewards from ongoing expansion, partnerships with ecommerce players, improved efficiency and investment in small formats.”

Zhu continued: “Similarly, eCommerce giants such as Alibaba and JD.com will see significant growth from both online and offline channels and become the second and third largest grocery retailers in China, respectively.”

The second fastest growing retail channel over the five-year period will be convenience, with a CAGR of 10.6%.

Zhu said that this will be driven by the opening of brick-and-mortar stores by Alibaba and JD.com, with the offline-online approach of New Retail symbiotically driving growth across online and convenience channels.