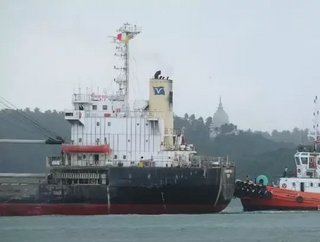 The deal for the port, located on the country’s south coast, was worth $1.12bn, of which Sri Lanka received $292mn, according to Finace Minister, Mangala Samaraweera.

“Today we received $292 million as the first tranche of the Hambantota Port joint venture. This is but the first step in realising the true commercial value of the port after seven long years,” Mr Samaraweera told Parliament.

The deal was signed in July, but the formal handover took place in December, according to Reuters.

Due to the port being located near the main shipping route between Asia and Europe, it is expected to join China’s “Belt and Road” initiative.

The port was launched in 2010, costing $1.5bn, but has since been suffering losses because of a lack of commercial activity.

The Sri Lankan government will receive another 10%, which is approximately $100mn, in a month’s time, and then another $585mn in six months.