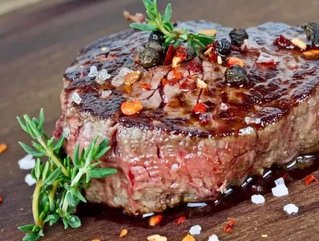 In a press conference, Li said that the UK and China were “committed to upholding to free trade and pushing forward economic globalisation, and in the process promoting free trade”.

The visit follows the People’s Congress last year which saw China committing to being more open to foreign trade, and following this Business Chief investigated whether the UK could benefit from China’s new openness particularly as it battles air pollution.

Several meetings have taken place this year between the UK and Chinese premiers and officials, with May having brought 50 representatives from the UK. Among other trade talks, it was agreed the China will now accept British beef exports, which had been banned in 1996 due to the BSE epidemic.

May said in a statement: “We have agreed to measures to improve market access in China and remove barriers to trade. This includes an agreement to make progress on the lifting of the BSE ban on British beef exports within 6 months and an agreement to allow exports of a broader range of dairy products from the UK to China”.

May met Li on the second day of her trip, during which the pair held a joint press conference. They looked at strategic partnerships between the two nations as Britain prepares to exit the European Union trading bloc.

On the first day, one agreement made was that the UK and China will join forces to tackle the illegal trade of ivory.

While talks with Li focussed on trade, May will go on to speak with Premier Xi Jinping on broader, global issues like defence, including the North Korean nuclear threat.

Auntie May and the First Gentleman

Several media sources have reported that the population of China has been enthusiastic about the visit from “Auntie May” – a title which is far from slang, but in a nation that respects family is in fact often given to respected allies of Beijing, according to the BBC.

Chinese media have also used the phrase “golden era” to describe hopes for Sino-British relations, and the phrase has been used by both Li and May too.

In particular young people with an interest in British culture have looked forward to the trip, not only to see May but also her husband Philip, the UK’s “first gentleman” who visits China for the first time. He has been described as handsome by some outlets, which have also praised his support of his wife.

During a time of worldwide upheaval, then, with Brexit and the US having exited the Trans-Pacific Partnership, China looks to set to benefit in many ways by picking up the pieces.