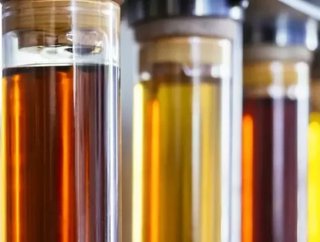 Chinese state media has announced that the nation plans to use ethanol gasoline in place of petrol and diesel by 2020. The move aims to help use to China’s current corn stockpile and help tackle ongoing pollution across the country.

This is the first time the government has set a target for the use of the biofuel, which is known as E10 and contains 10% ethanol.

The news prompted a rise in share prices in biofuel producers, with Shandong Longlive Bio-Technology Company rising by 10% and COFCO Biochemical Anhui Co, a state-owned unit, seeing a rise of 6%.

China has state corn reserves of about 200 million tonnes following a government stockpiling scheme which aimed to support farmers.

According to reports, the government aims to build an ethanol production base in the north-east of the country, but no more details on the plan were forthcoming.

How serious is China about its renewable energy industry?

Currently, only 3 million tonnes of renewable fuel were used in 2016, which puts China, though the largest ca market in the world, behind global leaders Brazil and US.

The government also aims to have large-scale domestic production of cellulosic biofuels by 2025.

This is not the only promising yet slightly vague announcements by China about its efforts to contain air pollution, following last week’s news that the state has begun attempts to cease production of cars using traditional fuels.

It is thought over one million people die every year from air pollution in China. In 2014, Premier Li Keqiang declared ‘war on pollution’ and announced aims to reduce steel and coal-based electricity production among other initiatives. He cited smog as “nature’s red-light warning against inefficient and blind development.”

The government has become uncharacteristically transparent with regards to pollution, and has built a network of monitors to track PM2.5, a combustion particle causing respiratory problems, heart attacks and strokes. These are used across the country and the data is publicly available, with smartphone users able to track local air quality and reports breaches of emissions limits via social media.

As well as smog, Agricultural pollution was named in 2014 as a huge problem and 8 million acrs of China were believed too polluted to grow crops, due to heavy metals polluting farmland.

Despite previous improvements, air quality throughout China got worse from January to July this year, and this has promoted the recent crackdown to meet 2017’s pollution targets. The 13 cities in the northern region of China reportedly saw an 11.3% increase in concentrations of hazardous particles in the air, like PM2.5. This was the first rise since 2013.

Some cities are expected to slash steel production by half this winter to help reach current targets, and the Ministry of Environmental Protection has launched a year-long special inspection, warning smog will arrive earlier than usual in Northern China this winder due to warmer, more humid conditions than the norm.

In August, China called for co-operation between itself, South Korea and Japan to improve air quality. Li Ganjie, Minister for Environmental Protection said that improving air pollution was a top priority among the three countries, and that so far the nations had carried our substantial cooperation in tacking air pollution and sand storms, and improving air quality as a whole.