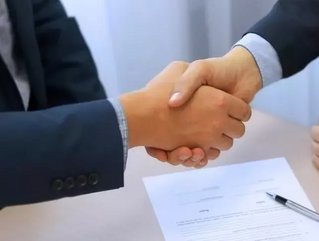 Ahead of President Trump’s visit to China, it is hoped that progress will be made with trade deals between the two countries.

Trump arrived in Beijing on Wednesday for the China portion of his 12-day trip to Asia. This follows meetings in Japan and South Korea.

The US president is expected to make deals worth billions of dollars and address the trade imbalance between the two nations.

His visit comes after a consolidation of power by Premier Xi Jinping at the recent Communist Party Congress in which XI announced China’s door was “open” internationally.

'Jewel in the Crown of Fintech': China to develop own cryptocurrency

The trip also follows a Comprehensive Economic Dialogue in July, an annual session in Washington during which China and the US spoke about narrowing the United States’ trade deficit with China.

Those travelling with him may hold clues to deals likely to take place, according to CNBC. Alongside Trump are delegates from several US companies including CEOs from Boeing, Cheniere Energy, Texas LNG Brownville, DowDuPont, Goldman Sachs and the US Soybean Export Council.

The Chinese public have taken a deep interest in proceedings, with a “Trump’s visit to China” hastag trending on popular Chinese social media platforms like the microblogging site Sina Weibo with over 2mn page views.

According to the Communist Party-run Global Times, popular areas of interest for China’s social media users include whether Trump will make his own account on Sina Weibo since he is so prolific on Twitter, which areas of China Trump will visit – which has been largely undisclosed – and how his wife Melania will be dressed.

According to CNBC, many American businesspeople are concerned that in concentrating on the trade gap, Trump will not place enough emphasis on other issues like market access and competition in industry.

James McGregor, China chair of APCO Worldwide told CNBC he is concerned the Trump administration will come and trumpet a bunch of deals and MOUs that have a big number and Trump will tweet victory… China will focus on a couple of tweetable deliverables and the very serious industrial policies will not get the attention they deserve.”

William Zarit of the American Chamber of Commerce in China also told CNBC that his idea of the best case scenario is “proactive, reciprocal treatment… that is the Chinese will see that it’s in their interest to open up different industry sectors to foreign investment and to US product that will actually help the Chinese people… My worst-case scenario is that we don’t have an opening up and that we might see some kind of reactive, reciprocal treatment on the side of the US, limiting investment, limiting Chinese exports, that’s what we do not want to see.”

The Global Times has stated the country is “pulling out all the stops” for the US president’s visit who “has fascinated many with his outspoken remarks and strong personality.”