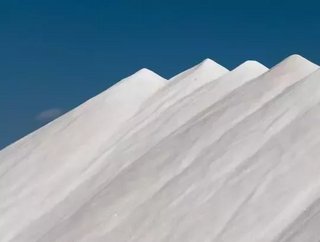 China has begun to overhaul its salt industry in a bid to introduce more competition into a state industry that has been a monopoly for over 2,000 years.

Under a plan devised by China's State Council, government regulators will be able to bring private companies into the industry, and wholesalers will be legally allowed to break with traditional operational models and introduce "modern ways of distribution." The price of salt will be influenced by both market forces working in tandem with government regulators.

Salt makes up a tiny portion of China’s economy – so why does this matter?

In the past two decades China has made overtures towards introducing more private sector players into certain industries to make them more competitive (as well as to obtain lucrative foreign investment.) It has been posited that the country is using its salt industry to trial these measures with a view to upscale the approach, should it meet with approval from the ruling Communist Party.

Speaking to the Associated Press, Zou Jialai, a Shanghai lawyer who has represented companies in salt cases said that the changes would not break state dominance of the industry - despite the introduction of competition measures - but did represent a positive step in the right direction. He didn’t comment on how this would affect domestic prices.

The China National Salt Industry Corporation currently oversees all edible salt mining and processing in the country and has assets of around $7 billion; in 2011 it employed close to 50,000 people. China has long been a major salt producer, and in 2011 it became the world’s largest.