China could be more open to foreign car manufacturers 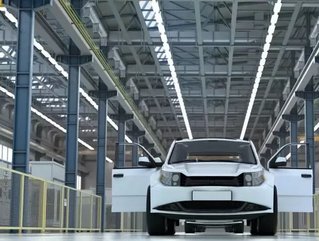 In his most recent speech since the US and China began swapping tariff threats, Xi Jinping said that China will make its car market more open to foreign investment.

This is a significant step for the largest automotive market in the world. It was hoped that the speech, made on Tuesday, would help to defuse tensions between the two powerful nations.

China to introduce new tariffs on 106 US products

As the US and China impose more tariffs, who will actually suffer?

Xi said, according to the Telegraph, that “current controls on ownership of businesses building vehicles in China would be eased”. At the moment, companies must create 50:50 joint ventures with local firms in order to operate in China.

Xi stated: “Cold war mentality and zero-sum games are becoming increasingly obsolete and outdated.” He suggested China would lower import tariffs on cars also, having previously said that they would be hiked up for US imports.

RTÉ said of the speech: “While most pledges were reiterations of previously announced measures, for which foreign business groups say implementation is long overdue, Mr Xi’s comment sent US stock futures, the dollar and Asian shares higher.”

The speech was made at the Boao Forum for Asia in the southern province of Hainan and has been described by the Irish news outlet as having been “widely anticipated as one of Xi’s first major addresses in a year in which the ruling Communist Party marks the 40th anniversary of its landmark economic reforms and opening up under former leader Deng Xiaoping”.