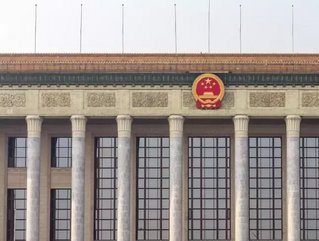 China’s 19th Communist Party Congress drew to a close today, with over 2,300 party delegates having been involved in the week-long congress for the 89mn member-strong party, which takes place every five years.

In the closing session of the congress, it was announced that Xi Jinping’s thought “regarding Chinese socialism for a new era” would be included in the party’s constitution. This thought was named as “the rejuvenation of the great nation of China.”

Xi has emphasised over the congress that his aim is to create a “democratic, culturally advanced nation,” and to steer China away from “unequal and inadequate development.” It was stressed that this is a crucial moment in China’s socialist history and that the nation is moving toward a “modest and comfortable society within a modern country.”

Manufacturing in China grows at fastest rate in five years

Xi outlines 14 points to be implemented across the nation over the next 30 years. These included measures to control environmental pollution and corruption.

Since Xi took office in 2012, his administration has cracked down on corruption within the government, and the party has said that between January and July this year, 210,000 officials were punished for corruption.

In its closing session, the congress announced its new leadership. A new Central Committee was elected to serve for the next five years, with rumours that the number would be reduced from seven to five proving unfounded.

Apart from Xi Jinping, who will retain his position for the next five years at least, the only other person to stay put was Premier Li Keqiang.

Xi’s status has been cemented as the congress decided to enshrine his name in party ideology, placing him on a par with Chairman Mao in this way.

After the vote was announced, Xi stated: “Living in such a great era, we are all the more confident and proud, and also feel the heavy weight of responsibility upon us.”