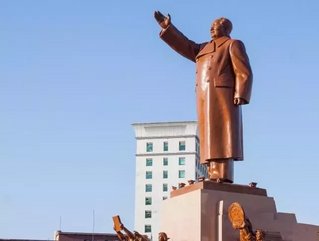 The National Congress of the Communist Party of China, which takes place every five years, began in Beijing today (Wednesday) and is expected to mark a consolidation of power for leader Xi Jinping.

The conference will last seven days and will mainly announce the already-elected new top tier of leaders for the next five years, but is also set to announce some of the government’s plans relating to issues like the economy and environment.

Speculators hope to find out how China plans to deal with problems like excessive corporate debt in state-owned companies, the worrying property bubble and pollution.

China is currently targeting economic growth of 6.5% per year but many analysts are questioning whether this will be sustainable.

The congress was opened with a 3-hour 23-minute speech by Xi, in which he praised socialism and stated that China supports an open world economy.

The speech was attended by 2,000 selected representatives of the Communist party including at least one from Taiwan.

It was pledged that the market would be liberalised for foreign investors. Xi discussed China’s current progress and outlined how China sees its national and international development in future years. It is hoped more details will be forthcoming on these plans throughout the week.

According to Xi, the government will let market demand play a big part in decision making. He stated the government will “clean up rules and practices that hinder a unified market and fair competition, support development of private firms and simulate vitality of all types of market entities. China’s open door will not be closed – it will only be opened wider.”

It was added that the government will hope to reform its state-owned enterprises and prevent the loss of state assets.

The top layer of power will be revealed on Wednesday, with some hopeful that Xi’s power will be solidified and allow him to make more economic reforms than he has up to now. Xi has however promised international development will be peaceful, and has said he doesn’t want China to be a threat to other nations.

Xi’s speech was positive about China’s future, stating the nation has “stood up, grown rich, and become strong” and that he looks forward to a new “era that sees China move closer to the centre stage and making a greater contribution to mankind.”

Xi also wanted against corruption and references his ongoing battle with pollution, saying China has “taken a driving seat in international cooperation to respond to climate change.”