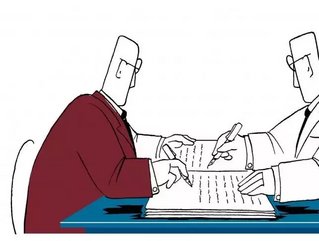 As many as seven new deals have been agreed and signed between China and Samoa, ahead of a summit on China-Pacific Islands economic cooperation.

The China-Pacific Island Countries Economic Development and Cooperation Forum was expected to be the announcement platform for Beijing’s US$1trn Belt and Road initiative, which intends to offer cheap loans to developing countries.

Vice-Premier Hu Chunhua is leading China’s delegation in Apia, the capital of Samoa. The meeting takes place just one month after Solomon Islands and Kiribati formed diplomatic relations with Beijing.

The agreements were signed off the back of a meeting between Chunhua and the Samoan Prime Minister Tuilaepa Sailele on 19 October. The agreements cover a diverse range of sectors including agriculture, education, e-commerce, investment and infrastructure.

Ahead of the visit Sailele announced his government’s plans to make Samoa a hub for fishing and agricultural exports. The expectation is to increase the value of Samoa’s exports by $160mn per year with current exports set to reach $50mn before the end of the year.

During a speech on 19 October Tuilaepa said the summit would improve trade relations by bringing Chinese business to the country. During the welcoming banquet speech Tuilaepa said, "It is an important space for China and the Pacific to promote opportunities that would strategically support the sustainable development and prosperity of our peoples and nations."

The summit will play host to around 200 companies and comes at a time when China is looking to improve its economic foot hold in the region. Although Pacific governments are viewing this as a largely positive move there has been some backlash from United States and Australia.

Dame Meg Taylor, secretary-general of the Pacific Island Forum said the region needs to become increasingly aware of “intensifying geopolitical engagement” but keep the focus of the discussions around delivering results.

“We must ensure that these partnerships effectively deliver for our people in a fair and efficient manner that is built on mutual trust and respect," Dame Taylor said. "China, as the world's second largest economy, can be an important ally for the Pacific region … by taking a lead in escalating its ambition level and its commitments under the Paris Agreement."