China aims to be global innovation leaders in next 15 years 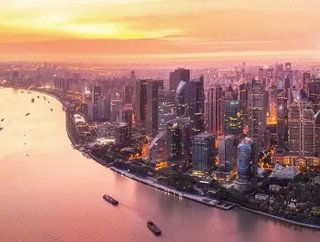 China announces its ambitions to become a global leader when it comes to innovation in the next 15 years...

In an announcement made by CGTN, China has announced plans to become a global leader when it comes to innovation in the next 15 years, setting targets to make major breakthroughs in core technology areas.

Notable highlights from the proposals include:

Self-reliance in science and technology

Xi Jinping, general secretary of the CPC Central Committee, highlighted the importance of China focusing on the promotion of high quality development. With this in mind China has committed to innovate, modernise and become self reliant when it comes to science and technology.

"On the one hand, we will improve our capabilities in independent innovation because key and core technologies cannot be bought, On the other hand, we also hope to learn more advanced experience from other countries while sharing with the world more scientific and technological achievements of China and contributing more 'Chinese wisdom' for tackling global challenges," commented Wang Zhigang, minister of science and technology, said at a press conference last Friday.

In addition to science and technology, the proposal also highlighted multiple ‘strategic emerging industries’, alongside a pledge to accelerate the development of the industries identified, including: new-generation information technology, biotechnology, new energy, new materials, high-end equipment, new energy vehicles, environmental protection, aerospace, and marine equipment. In order to achieve this, the proposal called for deep integration of the internet, big data and AI.

Elsewhere in the proposal, China plans to introduce measures to facilitate an overall green transformation of economic and social development. China has set ambitions to reduce either its carbon intensity or the amount of carbon emissions per unit of GDP, as well as develop an action plan to achieve its goals of having CO2 emissions peak before 2030.