CBA CEO Ralph Norris Stepping Down From His Post 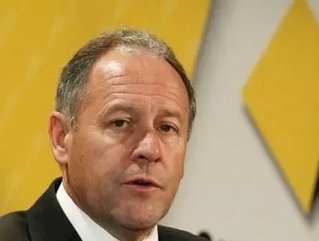 In a surprising move, Commonwealth Bank CEO Ralph Norris announced Friday he is stepping down from his post as the leader of one of Australia’s largest financial institutions.

The controversial 62-year-old has recently outspoken about the Federal Government’s regulatory changes, but it came without a warning that he will leave the bank in November. Norris, who has said the decision is bittersweet, which can also be said for his career at CBA.

As the highest paid CEO in Australia, he drew massive personal attacks when he increased home loan rates above the Reserve Bank's official figure despite enduring personal attacks. "I have no regrets about any decision I made. What I was doing was ensuring the business was in a strong position,'' he said.

Commenting on his own resignation, Ralph Norris said, "As a team of 45,000 dedicated people operating in 13 countries we have faced some dramatic challenges over the past 6 years. My focus has always been on our customers, staff, and the community. By delivering real benefits to them we have delivered above average returns to our 800,000 shareholders and many millions of Australians who have invested in the Bank through their superannuation funds. The ongoing success of our business is a tribute to the disciplined approach we have taken to the execution of our five strategic priorities.”

Norris’ replacement is Ian Narev, who has been with the Commonwealth Bank Group since May 2007 and has been Group Executive, Business and Private Banking since January 2009. Prior to his current role, Ian spent 18 months as Group Head of Strategy where he led the acquisition of Bankwest and the investment in Aussie Home Loans.

CBA chairman David Turner said, “Ian is an extraordinary executive, he has restructured and revitalised Business and Private Banking which has delivered double digit revenue and profit growth with significant efficiency gains.  He is a proven and inclusive leader.”