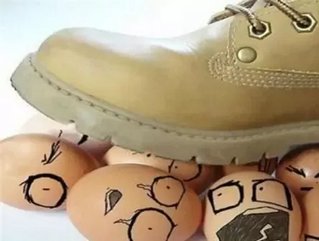 The Year of the Dragon is off to a rocky start with the declining manufacturing sector adding to economic woes. Brad Skelton, Director of the largest trucker of mining and construction equipment in Australia – Skelton Sherborne – communicated his concerns and offered analysis on the industries and what companies can expect to see as the year continues in a presentation in Queensland yesterday.

“The mining industry is the backbone of Australia and a key reason behind Australia’s growth in the last few years,” Mr Skelton said in a media release.  “It’s a year to tread cautiously. The mining sector can ride the bumps and end 2012 in a solid position, but it depends very much on commodity prices.”

Skelton Sherborne has been keeping data records of industry trends since 2008 in order to offer an authoritative assessment of the mining and construction sectors post-global financial crisis.

“The index was able to predict how the sector was affected by the GFC. It showed mining equipment imports slumped in the last half of 2008, as the GFC arrived, and the first half of 2009. There was a 90 per cent drop in the number of machines being shipped into Australia. This represented a decrease of $350,000,000 in the value of the machinery imported,” Skelton said.

Skelton touched upon troubling national and world occurrences that have put Australia’s manufacturers in a trying position.

“There are concerns about the balance of the world economy,” he said. “Our major trading partner, China, has just recorded its slowest growth in 10 quarters and there are ongoing problems in Europe.

“Other major events at home this year, including the introduction of the mining tax, could also be disruptive.” Between April 2010 and 2011, imports had increased by 120 per cent, but the mining tax, Skelton said, immediately caused a 33 per cent decrease in imports once it passed through the lower parliament house last November.

He also cited the carbon tax as another issue that may hinder the mining sector’s continuous growth, but acknowledged that many companies have factored these taxes into their financial plans.

“These factors signal an uncertain year ahead. I believe a conservative approach will be taken by the industry and that could affect revenue as well as company profits,” he said. In total, Skelton forecast a 50 per cent fall in heavy machinery imports, mirroring a late-2011 trend where the value of imported machines remained high, but the quantity ordered decreased.