Canada's Trudeau to visit China but reluctant to talk trade 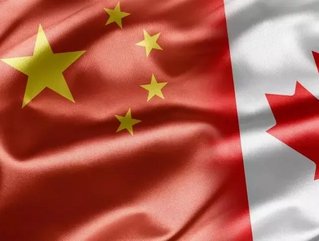 Just days before his visit to Beijing, Canada’s Prime Minister Justin Trudeau has yet to decide on whether talks on a free trade deal with China will begin.

Since the government’s supposed “snub” to a China regarding Bombardier, talk of such a deal has not made much progress.

The Canadian plane manufacturer was keen to win orders from Chinese carriers for its C-Series jet, components of which are made in China, but the Canadian government encouraged the company to sell a controlling stake in the C-Series to Airbus SE (a company based in Europe), as opposed to a Chinese company who showed interest.

Trump visits China with reps from Goldman Sachs and Boeing

China wants to achieve a free trade deal with Canada as it already has with Australia and New Zealand, but Canadian opinion is divided with pols showing a pretty even split. This means that Trudeau’s popularity could be at stake if talks begin.

However, it will be necessary for Canada to form deals and keep its options open, diversifying its exports, if the US pulls out of the Nafta trade pact. It would also be necessary to start talks soon, since some have commented that any deal would take decades to firm up.

China is said to be impatient over Canada’s “vague thinking”, and official Chinese statements of Trudeau’s’ visit, which will include meetings with Xi Jinping and Li Keqiang as well as annual talks which were previously agreed, have not mentioned the subject of trade.