Can My Business Benefit from Older Workers? 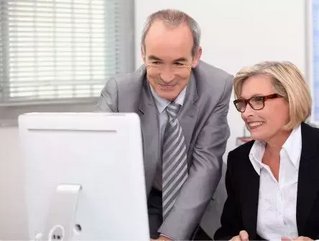 So, what are some of the benefits of hiring an elderly workforce?

According to the Australian Bureau of Statistics, 2012 saw some of the highest long-term unemployment rates for elderly workers in recent years. Almost 33 percent of Australians aged 55 to 64 were long-term unemployed. That’s one-third the elderly population.

Long-term unemployment, or unemployment that lasts longer than two years is more common with older workers due to the fact there aren’t as many jobs tailored to them. But, the elderly are capable of much more than many employer’s think.

With all the reservations employers have about elderly workers on staff, the benefits they provide cannot be ignored in the decision making process.

They Have Years of Wisdom – Being knowledgeable and insightful goes a long way in terms of running a business, so why wouldn’t employers consider older workers? They are a wealth of information backed by years of experience and “street smarts.”

They’re Approachable – Older workers are by nature more laid back and approachable. They know how to talk to customers properly and they’re always eager to answer questions. In other words, older workers know that etiquette and customer interaction go a long way.

They Don’t Want Anybody Else’s Job – Older workers know exactly what job they want, which usually involves minimal hours and low-stress work. They aren’t looking to move up the corporate ladder, pass other employees up for promotion, or compete for a raise.

They Aren’t Going To Quit – Elderly employees are happy to work and aren’t out looking for a better job. Because of this, they are likely to work for companies longer than younger people that are always looking for better or higher paying jobs.

Their Labor Costs Aren’t As High – Most elderly workers don’t require health insurance because chances are they already have it. Not only that, they require less monetarily because they aren’t financially dependant on the job at hand. In fact, many elderly workers see employment as a hobby and will gladly take minimum wage.

They’re Punctual – Early to bed and early to rise naturally fall in-line with older workers’ schedules. So, employers don’t need to worry about elderly employees showing up late for a shift.

They Set An Example – Having a mature, well-rounded, focused, detail oriented, devoted employee around to set an example for the other workers on staff is exactly what an older worker provides. Elderly employees have pride in what they do and therefore they do it well. This type of can-do spirit is infectious in a work environment.

So, when trying to decide whether or not it’s a good idea to hire an older worker, look no further than the benefits above.

Once it’s obvious what elderly workers are capable of, the rest is history.

Adam Groff is a freelance writer and creator of content. He writes on a variety of topics including workplace ethics, GetAwayGrey, and personal health.