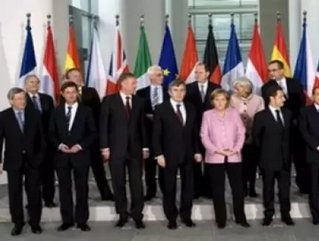 Australia’s River City is set to host the G20 Leaders’ Summit, a conference that will be attended by more than 7000 delegates from the 27 nations comprising the European Union and 19 other countries gathering to consult on international finance and economic policy.

Though the state of Queensland said quite clearly that they cannot foot the bill – estimated to reach $370 million over four years when extra security is factored in – the Australian Government has stepped in to handle most of the costs associated with the November conference.

"The benefits to Brisbane of hosting this forum will extend across the hospitality, transport and tourism sectors, as well as many other service providers, delivering a major boost to countless Brisbane businesses over the five days of the summit," Deputy Prime Minister Wayne Swan told the Herald Sun.

"The G20 will put Brisbane at the centre of world events for those five days, and will showcase our thriving River City and Australia at its best."

According to the Sun, Brisbane was selected as the host city due to the size of its convention centre and the cooperation of the Brisbane Airport.

Queensland has reportedly never hosted an event on this large a scale, and the security required to host some of the world’s most powerful leaders will surpass that needed for even the 2000 Sydney Olympics.

However, the prestige of hosting such an event will likely outweigh the monetary burden.

In addition to having the opportunity to invite other nations to the summit, the G20 will provide a "vital platform to build on Australia's role in global economic decision-making,” Prime Minister Julia Gillard said.