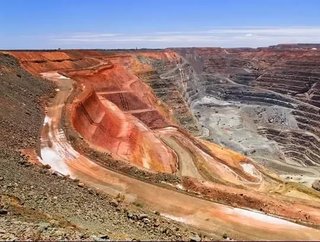 Brendan Pearson will step down as the Chief Executive of the Minerals Council of Australia (MCA) next month after more than nine years in senior roles with the organisation.

MCA represents the interests of Australia’s mining and minerals processing industry, nationally and internationally, and has helped to steer the sector through difficult years of recession and decline.

Despite these challenges, Pearson reflected positively on his tenure.

He said: “I am especially pleased that we have built coalitions of interest across a range of policy issues and deepened and broadened our co-operation with the broad policy community.

“Consistent with the MCA tradition, our policy advocacy has been vigorous but constructive and evidence-based.  The industry has been prepared to tell its story and articulate its case and it is important that this continue.”

Pearson continued: “Particular challenges to the coal, iron ore and gold sectors have been (and continue to be) met resolutely, while amalgamations with uranium and coal sector bodies have been productive. The mining and carbon taxes have been repealed, there is bipartisan support for the Fuel Tax Credits scheme and I am confident there will be much-needed reform of the GST distribution system over the next 12 months.

“It has been a particular pleasure working with an industry that makes such a strong contribution to regional Australia and one that leads all other sectors in providing opportunities to Indigenous Australians.”

While it is unclear who will be appointed as Pearson’s successor, David Byers will oversee the transition as interim CEO.