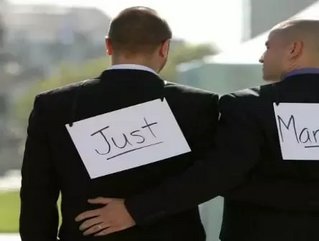 Bob Brown, the outgoing Greens senator, made his final address to the National Press Club yesterday, taking a moment to introduce an environmental trust, the Bob Brown Foundation, and to urge Prime Minister Julia Gillard to reconsider the national ban on gay marriage she has vowed to uphold.

According to reports, Ms Gillard listened carefully to Senator Brown, but did not alter her “public point of view.”

It has been said that Ms Gillard is not actually opposed to same-sex marriage, but rather adopted the position to appeal to conservative voters and the outspoken Christian lobbyists. Whether or not this is a valid fact, not even Senator Brown’s quip that a change of heart would please “many Australians” and leave “Tony Abbott out on a limb” could convince her to rethink her position.

The Prime Minister’s stance on the issue has come under intense scrutiny since US President Obama officially endorsed same-sex marriage last month and New Zealand’s Prime Minister, John Key, said his government “may consider allowing it at some stage.”

The poll numbers show that a large percentage of Australians support gay marriage, and just recently, Marie Claire and Channel 7’s Sunrise launched a campaign in support of the issue backed by big name celebrities including Megan Gale and Jennifer Hawkins.

"Love is quite commonly referred to as being universal and having no boundaries. With this in mind, I find it quite unbelievable that we can be living in a modern society, in a country like Australia, yet still not have the support from the Government to allow all couples the right to be legally bound,” Ms Gale told Marie Claire.

A series of exclusive ‘I Do’ events are scheduled to be held in Sydney and Melbourne tomorrow. Marie Claire, Sunrise and GetUp will be there to show their support for marriage equality.

“We are trying to make a difference, affect change rather than just comment on it,” said Sunrise’s executive producer Michael Pell. "It's not an issue about sexuality; it's a human rights issue."