Bluzelle: How a Future with a Decentralised Internet Will Work 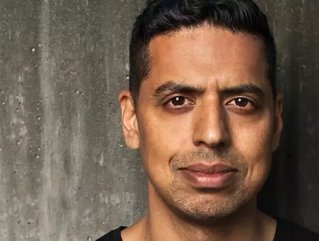 Many believe that the next iteration of the internet, in order to scale in the most secure and efficient manner, will need to be decentralised. Indeed, it seems like the logical progression into the emerging data economy: with over 2.5 quintillion bytes of data produced every day, superior means of storing, transferring and monetising vast amounts of information will be required.

The concept of decentralisation has been a hot topic as of late, heavily correlated with the rise to prominence of blockchain technology. I think it’s a fundamental tenet that must serve as the foundation for a distributed and user-oriented successor to the existing internet. As it stands today, it’s hard to argue that centralisation leads to serious problems manifesting themselves in the form of data breaches – due to the ‘walled garden’ topology used by sites and the businesses that run them, it’s impossible for individuals to interact without effectively sacrificing a degree of autonomy and deferring custodianship of their most sensitive data to a trusted third party.

This has resulted in the proliferation of ‘data silos’ – large databases bursting with user information, all sporting a single point of failure. It’s not hard to see the problem here: the aggregation of such sensitive data in large amounts means that the servers in which it resides are highly lucrative targets for malicious actors (data can be sold on for the purposes of fraud or identity theft).

On to of this risk, there’s also the very real threat of censorship looming – outsourcing one’s database needs to a given company (for instance, Microsoft Azure or AWS) means that you’re trusting said company to maintain the integrity of the information stored. Moreover, should these providers experience any downtime, users have no choice but to wait until systems are back online before proceeding with their activities.

There’s a need for a decentralised alternative which I believe should rely on three important features: private data control, data syndication and a decentralised web infrastructure. We need to begin to look at data for what it is – a form of currency. The aforementioned features would enable this new classification, whilst also protecting it and granting individuals granular control over its storage and distribution.

Public key cryptography has seen many applications since its invention over forty years ago, and it plays a crucial role in blockchain-based tokens, which can be used to transfer value across a decentralised network. Only those in possession of the requisite private key can truly control their data. This, in turn, opens a range of interesting uses for data monetisation, whereby individuals or companies can sell information, whilst retaining assurances over its use and lifespan.

In order for these concepts to truly thrive, the infrastructure upon which they run needs to be uncensorable, highly secure and always online. The internet today simply can’t fulfill these purposes. We need to flatten its hierarchies, and dismantle ‘hub’ formations, opting instead to distribute the functions traditionally reserved for central parties to nodes in a peer-to-peer network. As nodes are interconnected, they can go offline without affecting the uptime of the system – others can simply route around them.

The data economy is ever-growing. As individuals begin to understand the inherent value attached to the data they produce, it’s important that we build systems that reflect this shift in thinking. Harnessing decentralisation will allow us to create a new internet that revolves around ownership, security and transparency.

Pavel Bains is the CEO of Bluzelle - a decentralized data ecosystem that allows individuals and businesses to have full data control and the ability to monetise that data. Bluzelle provides a decentralised database that manages and stores data through sharding to achieve unprecedented security and scale. Bluzelle supports multiple programming languages, including those used by both blockchain and non-blockchain applications.