BHP Billiton&#039;s CEO to Retire in May 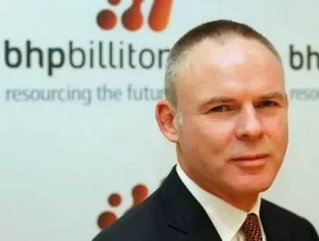 Marius Kloppers, BHP Billiton's current Chief Executive and Director, announced yesterday that he will retire on May 10 and that Andrew Mackenzie, the company’s Chief Executive Non-Ferrous, will succeed him.

The announcement, shared by Chairman Jac Nasser, follows the revealing of the Anglo-Australian mining giant’s 58 per cent fall in half-year profit. News of Mackenzie’s appointment reportedly boosted the company’s shares nearly 1 per cent to a 17-month high of AU$39.34.

“Marius was appointed Chief Executive just prior to the global financial crisis. Despite an exceptionally difficult economic environment during his tenure, Marius and his team have delivered for shareholders, significantly outperforming our peers in terms of total shareholder returns,” said Mr Nasser in a media release.

“He drove new investments into next generation opportunities including US onshore gas and liquids and created one of the most valuable companies in the world.”

Mr Mackenzie, whose previous employers include BP and Rio Tinto, joined BHP Billiton in November 2008 and has managed the company’s Non-Ferrous division across four continents.

“In succeeding Marius, Andrew brings a unique combination of deep industry knowledge and global management experience to the CEO role,” said Mr Nasser. "He's a rare executive because he has experience in both the oil and gas, petrochemicals and minerals areas of this business. And that fits us perfectly.”

“I've been very fortunate to lead one of the world's great resource companies. Deciding the right time to retire was never going to be easy,” his media statement said.

"I am very proud of the achievements of our Company and our people. One of the first decisions I made when I became CEO was to bring Andrew into BHP Billiton, and I look forward to working closely with him, the Board and the management team during the transition.”

Mr Mackenzie and his family will relocate to the Group’s headquarters in Melbourne.