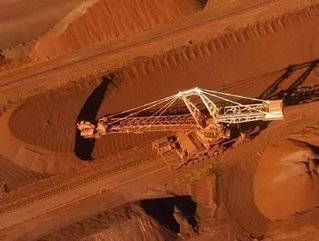 The project will involve construction and operation of landside and marine infrastructure for the handling and export of iron ore, including rail connections, stockyards, an abutment, jetty, wharf, dredged channel, basins and berthing pockets, and all related supporting infrastructure.

This is no doubt part of BHP’s previously announced $7 billion plans to increase iron ore capacity from about 150 million tonnes a year to 220 million tonnes in 2014. “An extra $US1bn is expected to be spent on bringing capacity up to 240 million tonnes -- which is the full capacity of its allocation at Port Hedland's inner harbour,” according to The Australian.

BHP said that at this stage it is anticipated that construction will be completed over four stages, with each stage nominally taking two to three years to complete. The timing and the composition of the stages will ultimately be dependent on market demand for iron ore as well as internal and external approvals and construction methodology.

BHP Billiton Iron Ore’s investment in the development of the Outer Harbour proposal remains subject to external factors, which are outside of its control, such as market conditions, which will be decided at each stage of development.