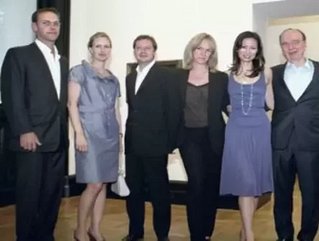 The Murdoch name has become part of everyday media lexicon, but 2012 was a particularly heavy year for Rupert and his family:

Momentum Mounts to Replace Murdoch Family at News Corp Helm: Echoing a sentiment expressed by numerous US and UK-based pension funds, Australian pension funds have called for Rupert Murdoch's removal as chairman of News Corp, as well as the dismissal of his sons James and Lachlan Murdoch from the board.

Dame Elisabeth Murdoch Passes Away at 103: A patron of more than 100 causes and charities, Elisabeth, or “The Dame” as Victorians affectionately called her, was the first female trustee of the National Gallery of Victoria, presided overThe Royal Children’s Hospital and became a patron of the Murdoch Children’s Research Institute, in addition to numerous other organisations spanning disability care, the Australian Ballet, the Victorian Tapestry Workshop, academia, substance abuse and prison work.