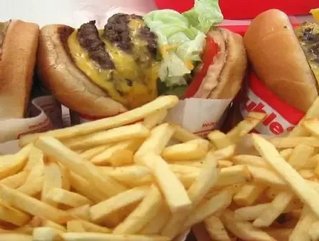 The American fast food chain, found only on the West Coast, features a simple menu of hamburgers, cheeseburgers, chips, soda and thickshakes (unless you’re familiar with the website’s ‘secret’ menu), but their following is considered cult-like in the States.

Barrio Chino blasted the announcement via Twitter, assuring followers this was ‘not a hoax.’ Unfortunately, according to several Australians’ Facebook posts, the pop-up restaurant didn’t even last a day, selling out of food not long after it opened at noon. (One post said they sold out of burgers in 23 minutes.)

“What did you have for lunch? I got to eat one of my geeky fatty favourites from when I lived in the States: In-N-Out,” wrote a Gizmodo contributor. “Is the chain coming to Australia? My waistline hopes not.”

No word on that yet, but if the chain were using today as a market test, we’d say it’s likely that Sydney will host Australia’s first In-N-Out.