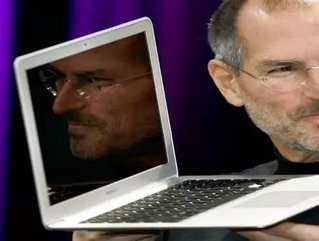 Business Review Australia has covered a number of hot topics this year in the Business Leaders section. This week, we'll spotlight those that garnered the most attention.

“I have always said if there ever came a day when I could no longer meet my duties and expectations as Apple’s CEO, I would be the first to let you know. Unfortunately, that day has come.”

Those are the words of Apple co-founder and CEO Steve Jobs, who announced Wednesday in the US that he is stepping down from his post as the leader of the world’s most valuable company, yet the circumstances surrounding the resignation have yet to be determined.

What’s known is that 56-year-old Jobs isn’t walking away entirely—he’d like to remain on as chairman of the board and as an Apple employee. “I believe Apple’s brightest and most innovative days are ahead of it. And I look forward to watching and contributing to its success in a new role,” Jobs said in a letter to Apple’s board of directors. Steve Jobs has been on official medical leave since January of this year and has battled health complications for nearly a decade. Current COO Tim Cook, tipped to be the next CEO, has been running the show since January so it’s doubtful that major leadership changes will take place.

What does this mean for Apple, and particularly Apple in Australia? For the moment, not too much. The geniuses at Apple will continue to innovate and create the same way they have been.

Smartphone competitors have yet to catch up with the iPhone, and the Apple iPad and iPad 2 still leave tablet competition in the dust. (Adios, HP Touchpad!) In Australia, Samsung Galaxy Tab 10.1 tablets have been banned because of Apple’s pending copyright infringement claims against Samsung.

Still, this is certainly no reason for Google, Samsung, Motorola or any of the other major players in the tech pack to rest on their laurels—Jobs has entrusted his company in the hands of his fellow Apple employees and business will likely continue on as usual.