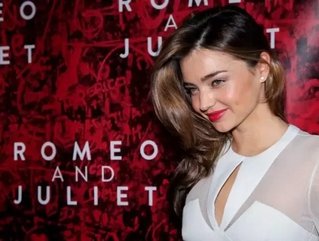 This impressive collection of women demonstrates the very nature of entrepreneurial spirit. No matter the sector, these five have brought innovative thinking and passion to their businesses, working from the ground up to create industry-topping companies. Business Review Australia shares what led them to found their businesses, and what motivates them daily (hint: family has a lot to do with it!).

Tammy May founded MyBudget in 1999 when she was just 22 years old. The goal of the company is to help people gain control of their personal finances and debt, and May started it all from her kitchen table. She discovered her purpose while working at a legal firm and seeing firsthand how devastating and overwhelming debt can be, especially when the clients did not have any real idea how to take control of their money and spending.

MyBudget currently processes over 2.5 million transactions manages over $550 million in salaries on behalf of thousands of clients every year – and they’ve helped nearly 40,000 people since the company was founded.

May and the business have won several awards, including Telstra South Australian Business Woman of the Year, the Yellow Business Owner Award and the Australian Government Business Innovation Award in 2007 and Ernst and Young’s Entrepreneur of the Year in 2008. She’s also been listed on several successful women lists, including SmartCompany’s 2010 Top Female Entrepreneur list. High on her list of personal achievements are her two children.

Sheryl Thai’s story begins with a cupcake. Before the IT consulting company she worked for went under during the global recession, she was inspired by the fervour around a cupcake shop she visited while in New York City. She began baking at home; requests turned into orders, and orders turned into catering large events with delicious cupcakes.

She founded Cupcake Central in 2010 with Thin Neu, just 9 months after she started baking from home. One of the things she is most proud of is the culture in the workplace, where the company is growing a team of young, passionate, dedicated staff.

Cupcake Central has expanded to three stores in 3 years, and Thai has since put out a cookbook titled Hatch That Dream, which references the bakery’s motto. Thai won Young Entrepreneur of the Year in 2013, and credits her whole team with the honour.

Karen Cariss founded PageUp People, a single-platform, integrated talent management technology provider, with her husband Simon at the end of the dotcom era. The company has grown to over 60 employees on their software and consulting services, with clients like Coles, Origin, the National Australia Bank and BHP Billiton.

The company’s reputation as a leading brand in talent management is buoyed by the company’s financial stability in a less-than-stable business climate – PageUp People has never had to raise capital. Cariss made this a priority, which has since helped them acquire investments to expand to Asia and other emerging markets.

In 2014, Cariss’ company won the Australian Achiever Award for Excellence in Customer Service for the ninth year in a row.

"We are all about people,” Cariss said.” it's not just in our name, it's in our DNA. That's why we strive year after year to earn the much sought after ‘Highly Recommended’ seal of approval from the Australian Achiever Awards.”

She’s won the Ernst & Young’s Young Entrepreneur of the Year award (in 2008) and the Victorian Telstra Women’s Business Award in 2009. Her family, as well as the growth and success of this now-global company, rate high on the list of things of which she is most proud.

Miranda Kerr is known best as the first Australian Victoria Secret Angel, and as one of the highest paid models of this generation. But she’s also a savvy businesswoman - in 2009, she launched her own brand of organic skincare products (with George Moskos) called KORA Organics, and became the face of the company.

Kerr is not just the pretty face of the ad campaigns though. Before starting her modelling career, Kerr studied nutrition and health psychology, which influenced her to developing the line with organic chemists, aroma therapists and formulators, a process that took 4 years. Her work as a model, and seeing the unpronounceable chemicals in the products that were constantly used on her skin, had a big impact on her decision to found the line.

The skincare products are a unique blend of essential oils and natural and certified organic ingredients; all products in the KORA line are 100 percent produced and manufactured in Melbourne.

Her self-help book Treasure Yourself: Power Thoughts for My Generation, was released in August of 2010, and her second book Empower Yourself was announced in October of 2013.

Like many young female entrepreneurs, Kerr balances her day job (or several day jobs, in this case) with her full-time job as mother, and like May, says that motherhood has been the biggest and best achievement in her life.

For most businesses, a brick-and-mortar store comes first. This wasn’t the case for 4Cabling, Nicole Kersh’s one-stop-shop for all cabling needs. She founded the company with the knowledge that her family’s electrical cabling business was missing a large chunk of the market by only being open during tradies’ hours.

Kersh taught herself HTML coding, built a website and began selling cables, server racks and other data and communication equipment online directly to companies, all while managing the business in between her university classes at age 21.

Currently, the company does $6.5 million in business a year. And although she and her 20-plus employees joke about the talk that 4Cabling will “dominate the cable market,” she’s already got a 15 percent share of the industry in Australia.

Her online store has eventually led to a storefront in Sydney, and Kersh is looking to open another location in Melbourne. Like many on this list, she was the winner of Ernst & Young’s Entrepreneur of the Year in 2013.