Australian Soldiers to Leave Afghanistan By 2014 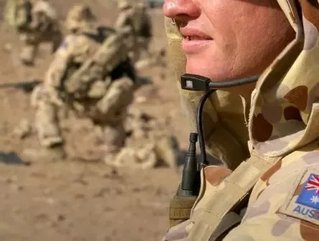 The Australian Government announced today that the nation’s troops will start to be withdrawn from Afghanistan this year, with most expected to return home by early 2014.

Prime Minister Julia Gillard is scheduled to detail the exact timetable for this effort in a speech to the Australian Strategic Policy Institute in Canberra today, The Australian reported.

Currently, about 1550 Australian soldiers are stationed in Oruzgan province working on security control in conjunction with the Afghan army. Ms Gillard’s speech is expected to explain the slow transition over to Afghan-controlled security that will allow the region to operate with minimal outside support – at first. Too early a pull-out could result in chaos within Afghanistan, a concern voiced by retired general Jim Molan to the Sydney Morning Herald.

“My fear is that there will be a temptation to transition to local control [sometime] this year, and then [to] have our troops, except for a very small number, immediately leave,” said Molan. “The fear that we have all got is that [the people of Afghanistan] will be torn to bits very quickly by a determined local force” once they are left completely unsupported by outside forces.The Prime Minister is set to assure, however, that every effort will be made to keep that from happening, stating clearly that ongoing international support will be provided to Afghanistan.

“I will go to Chicago prepared for Australia to pay our fair share,” her speech reads, referring to next month’s NATO summit in Chicago.

The withdrawal is part of a plan set forth by US President Barack Obama, who wants to cement the timetable before the November US presidential election.