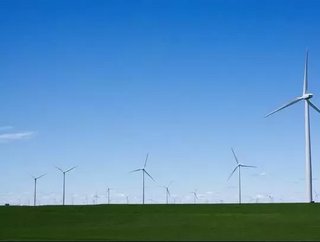 “The Australian government’s recent decision (Sept 2018) not to revise the country’s renewable energy target (RET) after 2020, in addition to scrapping the National Energy Guarantee (NEG), which aims to reduce emissions by 26% by 2030, has brought about a certain degree of investment uncertainty in the Australian renewable energy market.

“As a result of this uncertainty we may see Australia increase its conventional power capacity in order to maintain its annual base-load power requirements. According to GlobalData, 30% of Australia’s total installed energy capacity in 2017 was generated from renewables, including 10% from solar and 7% from wind power.  By 2030, this figure is estimated to be 57% with a compound annual growth rate (CAGR) of 19.5%. However solar PV capacity is likely to decline by a CAGR of 5% to 2030 while overall power demand is expected to increase by 20% from 2018 to 2030.’

“Owing to policy uncertainty and a lack of clarity on the future direction of the national energy sector some large international players are looking to exit the Australian renewable market. The Chinese wind turbine supplier and project developer Goldwind is reportedly looking to move out of the market by offloading its wind and solar assets. This is a significant development as the sector needs private investment to kick start projects with the high nature of their initial capital funding requirements. This is also despite the fact that the country is expected to exceed its 2020 renewable energy generation target of 33,000 GWh.

“Whilst the current uncertainty is limiting investment funding for large-scale renewable projects, smaller state funded projects have largely been unaffected as they strive to achieve their renewable energy targets.  Victoria, has a renewable energy generation target of 25% by 2020 and 40% by 2025, while Queensland’s target is  50% renewable energy by 2030. Companies like Windlab, Tilt Renewables, Genex Power, Kalina Energy and others continue to work on state funded renewable energy projects like the 336 MW Dundonnell wind farm in the State of Victoria.

“Any sort of regulatory intervention needs to be carefully thought through so as not to affect the commercial viability of the smaller players which could lead to reducing market competition.”