Australian immigration policy: what are the wider implications for the recruitment industry? 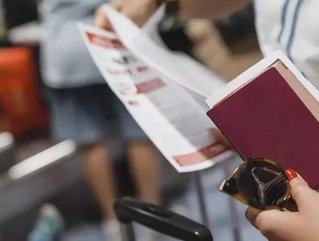 Australian recruiters have seen their fair share of disruption over the past 12 months, much of it brought about by global challenges such as skills shortages, increased competition, and economic uncertainty. Compounding these challenges is the unpredictable future of Australian immigration policy.

It’s been just over a year since the Australian government – under the Turnbull administration – abolished the 457 visa, and replaced it with an entirely new two- or four-year Temporary Skill Shortage (TSS) visa. This new visa, known as subclass 482, has significantly condensed the occupation list of admissible skills from 650 to around 450, as well as tightened eligibility requirements for overseas skilled workers.

The announcement at the time sent ripples through several Australian industries, but the STEM sector in particular had to brace for a shift in the makeup of the workforce. As the top industry for skilled migrants, this sector has since been in a constant struggle to plug skills gaps in key areas. And it seems as if they’re going to be in it for a little while longer, if the Labour opposition makes good on its promises.

Labour leader Bill Shorten has indicated that, if his party wins the next election, it will tighten visa restrictions even further. The visa crackdown includes measures to limit work visas to areas of genuine skills shortages and strengthen assessments to ensure foreign workers have the right skills and occupational licenses.

So, how does this relate to wider challenges faced by Australian recruitment firms?

The global war for talent

The escalating trade war between the world’s two largest economies, the US and China, is undoubtedly creating a ripple effect in global markets. According to a recent PwC report, Chinese firms are interested in investing more in the APAC region, with Australia a particular target. The report states that 21% of Chinese CEOs believe Australia is important for their companies’ future growth while, by contrast, reliance on the US has fallen from 59% to 17%.

Against this backdrop, Chinese firms look set to establish a growing presence in APAC, meaning Australia’s immigration policy presents both a challenge and opportunity. The challenge lies in the fact that there may be restrictions on Chinese firms that want to bring their own workers from overseas to work in new Australian offices. The opportunity is that recruiters can provide value by plugging the gap for Chinese companies, using locally-sourced talent.

China’s ageing population is also taking a toll on its economy and workforce, and it can be safely assumed that Chinese businesses will need local talent to help them develop in the region. This need to look inward at existing talent in the market due to strict immigration rules could be contrasted to countries like Japan, where immigration rules are starting to be relaxed, and the market is opening up for recruitment firms capable of sourcing talent on a global scale.

Yet future access to global talent pools is a cause for concern for Australian recruiters: 31% fear that policies limiting labour movement are problematic, according to Bullhorn’s Global Recruitment Insights and Data (GRID). The reason behind this is evident: talent shortages, coupled with tighter visa restrictions discouraging Australian businesses from hiring overseas, could hurt bottom line profits.

The majority of recruitment firms therefore now view the use of data as absolutely critical, to not only broaden their search for qualified candidates, but also remain profitable. The key to this is embracing digital transformation. Best-of-breed recruiters are actively engaged on digital platforms, and by using sophisticated, data-driven recruitment automation tools, can improve their agencies’ competitive position in familiar as well as new markets.

It’s encouraging to note that, according to the GRID, the vast majority (83%) of Australian recruiters believe that digital transformation will help their agency’s growth, while a similar proportion (91%) believe successful adoption of new technologies is crucial to remaining competitive.

Per the report from PwC, the global shortage of key skills has moved up from one of the top five challenges of 2018 for businesses, to one of the top three in 2019. Employers in Australia want specific digital, IT, and white-collar roles, but shallow talent pools, worsened by restrictions on immigration, are proving a big issue for recruiters that can’t seem to keep up with the demand.

Demand for cyber security professionals, for example, continues to accelerate at a furious rate as businesses work to build better defences against cyber-attacks and data breaches, such as the one that recently hit the Australian National University. A continued shortage in key tech skills will hinder the growth potential of other key business sectors, so without the talent it needs, Australia could soon start to lag behind its global competitors. In fact, recent reports show that Australia’s economy has slowed to levels last seen during the global financial crisis of 2008/09.

This will include working with clients to investigate opportunities for reskilling and training, making it more viable to hire candidates with the right culture fit, personal qualities, and potential to learn - but not necessarily the immediate skill set for the role.  It will also include embracing more diverse hiring practices, by tapping into underutilised talent pools such as mothers returning to work, disabled people, the neurodiverse, and older generations of workers. Crucially, it’s now more important than ever for recruiters and their clients to tap into the increasing casualisation of the workforce and the burgeoning gig economy, assessing the potential to plug key skills gaps by using contractors and temporary workers instead of permanent staff.

There’s no doubt that recruitment firms in Australia are under increased pressure as global events and trends push them to explore new business opportunities, new technologies, and new approaches to the profession. By cultivating a proactive, forward-thinking, and digitally-focused mindset, recruiters can still find the skills their clients need in Australia’s evolving workforce.