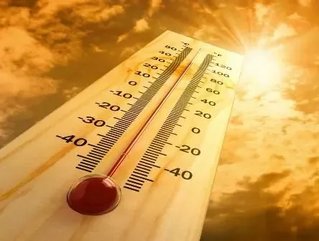 The weather forecasting chart used by the Bureau of Meteorology previously used a colour scale that extended up to 50 degrees Celsius, but the record-breaking heat this week has caused the organisation to add new colours to depict even higher temperatures.

Now, the scale extends to 54 degrees and includes deep purple and bright pink, as depicted over northern South Australia on the Bureau’s weather forecasting chart:

"The scale has just been increased today and I would anticipate it is because the forecast coming from the bureau's model is showing temperatures in excess of 50 degrees," the bureau's climate monitoring and prediction unit chief David Jones told the Sydney Morning Herald on Tuesday.

And the worst, Jones said, may be yet to come: "The air mass over the inland is still heating up - it hasn't peaked.”

Australia’s hottest day on record was a scorching 50.7 degrees reached on January 2, 1960 in Oodnadatta, South Australia, where temperatures are expected to hit the high 40s this weekend.

This past Monday marked the highest national average maximum temperature ever recorded – 40.33 – making it the sixth consecutive day to break the nation’s 20 hottest days.

"We know the air mass is hot enough to challenge the Oodnadatta record,” Jones said.

[Photo sourced from the Bureau of Meteorology]