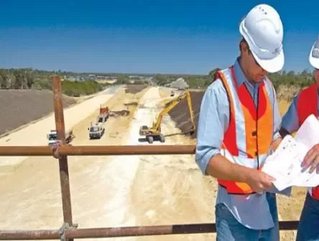 Infrastructure is more than just blueprints and buildings—it is how a nation does business and meets the needs of a growing population and flourishing economy. By building physical and organizational structures, the following five companies equip Australia with the facilities and services it requires to maintain strong economic growth.

When you’re owned by Leighton Holdings, Australia’s largest project development and contracting group, you have the funding and resources to become one of the leading construction and services contractors in the APAC region. That’s exactly what Thiess has done.

The company is currently working on the largest Public Private Partnership infrastructure project in Australia—Brisbane’s $4.8 billion Airport Link. Along with John Holland, Thiess will operate and maintain the Airport Link for a 45-year concession period.

Though the Australian Top-100 company offers a diverse range of services, from mining to water provisions, its Works division is particularly strong. Downer EDI provides services for the development, asset management and maintenance of public and private infrastructure including roads, rail track and public open spaces.

In August 2010, Downer reported over $20 billion of work-in-hand across all sectors, as well as revenue of $2.1 billion for the Works division alone. The company recently signed a five-year Maintenance Alliance Agreement with VicRoads, valued at $125 million, to perform road maintenance and deliver routine, periodic and minor improvements to the road network in Victoria. Downer CEO and Managing Director Geoff Knox said the contract confirms Downer’s reputation as a market leader in road maintenance services.

Another company owned by Leighton Holdings, John Holland is one of the nation’s most diversified contracting, engineering and service providers. The group consists of regional construction businesses that work in conjunction with national specialist businesses.

John Holland’s expertise covers a wide range of capabilities, from tunneling to power, water to communications and engineering and construction solutions in the resources and energy sectors, along with rail, contract mining, aviation maintenance as well as all building markets.

Operating for nearly fifty years, Macmahon has delivered some of Australia’s key projects including roads, rails, bridges, dams, ports, pipelines and resources infrastructure. The established mining contracting and civil construction company has grown to become an ASX/S&P 200 company with an annual turnover in excess of $1.4 billion. With a track record of accomplishments in all areas of civil engineering, the Construction Business prides itself on providing customers with a flexible, responsive and focused partnership.

In August 2010, Macmahon reported a 120 percent increase in full year profits, achieved through securing $2.1 billion of new contracts and extensions, including a $90 million rail contract by Queensland Rail for civil works within the Goonyella to Abbot Point Expansion Project.

Asciano is one of the nation’s major transport infrastructure companies, owning and operating a range of infrastructure assets including ports and rail across Australia.

The company’s presence in the ports and rail sector has developed from a collection of regional port facility management and stevedoring businesses into an extensive network of general port and stevedoring operations and nationwide freight rail businesses.

Asciano currently has over $8 billion transport infrastructure assets and operations, including Patrick Corporation and its container terminal operations, as well as Pacific National, PortLink and Port Services and extensive general stevedoring operations.