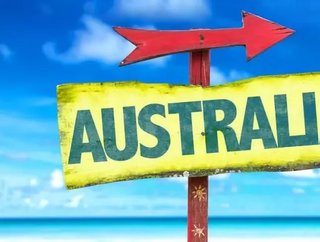 Originally reported by our sister brand Business Review Canada, some changes have been made to post-study work visas laws. These changes will affect a range of countries, including both Canada and Australia. And while change is sometimes considered to be a good thing, we can’t help but wonder how this new law could actually hinder the economy.

Therefore, Business Review Australia is taking a closer look at these changes to try and understand why they’re taking place and whether or not they’re actually necessary.

RELATED TOPIC: Is Australia’s economy in line to match Canada’s?

The change officially took place on July 13th—a Statement of Change in Immigration Rules declared that international students are forbidden from extending their visa after their studies have been completed, which ultimately changes future career prospects for said students.

In a statement discussing the matter, the Minister of State for Immigration James Brokenshire said that this new law is a way to “reduce net migration and tackle immigration abuse, whilst ensuring we maintain an excellent offer for students who wish to study at our world-class universities.”

But is this fair?

Students will now be prohibited from applying for work visas unless they first leave the country. Current laws that allow students to work for up to 10 hours a week will even be dropped. Even more so, education visas are expected to be cut from three years to two; students will not be able to extend their studies unless the establishment they are registered with has a “formal link to a University.”

Due to the new ruling, two opinionated sides have been created, each with their own reasons as to why this change in law is or isn’t necessarily fair.

For starters, those who come to Australia to get an education help the economy—plain and simple. Whether these students are paying rent, dining at restaurants or taking part in city activities, they are spending money and bringing new life to a tired environment. Take away these foreign students and what will happen? Will the economy suffer?

On the other side of the spectrum, is it right for these students to potentially take job opportunities away from local residents? Should the better person be hired for the job? Or should the job go to the person who was born and raised in an Australian city?

One university professor said, “International students bring money, and if they stay, talent to the country.”

It’s an obvious case of entitlement. However, there are many factors to consider regarding this issue. Specifically, what’s fair? A company should choose an employee on merit alone—not where he or she was born and raised.

Don’t forget, the economy is also a major issue that needs to be considered. Particularly, what will happen to the country now that these new post-study work visa laws have been implemented? It goes without saying that rough times could definitely be ahead for the country.

Perhaps this is an example of when change isn’t necessarily good.

RELATED TOPIC: Legalizing same-sex marriage could lead to a boost in the economy